Prime Minister Ehud Olmert was upbeat Tuesday evening after a lengthy three-hour meeting with US President George W. Bush in the White House.

..Egyptian President Hosni Mubarak
In a stark sign of its rejection of Hamas' takeover of the Gaza Strip, Egypt announced it was moving its embassy from Gaza to the West Bank, headquarters of moderate Palestinian President Mahmoud Abbas, a foreign ministry statement said Tuesday. 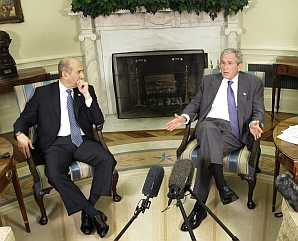 Prime Minister Ehud Olmert emerged from more than three hours of talks with US President George W. Bush on Tuesday, confident that the developments in Gaza provided a "new opportunity." 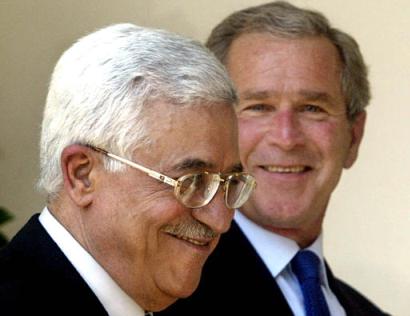 US President George W. Bush, reaffirming a vision of a Palestinian state alongside Israel, said on Tuesday he hoped to bolster Palestinian leader Mahmoud Abbas against Hamas Islamists who now control Gaza. The Barzilai Medical Center in Ashkelon saw only 3 of the 15 injured Palestinians who were given permission to enter Israel from Gaza through the Erez crossing and receive medical attention Tuesday.

The Israeli High Court will rule today on three petitions to cancel the Jerusalem Gay Pride parade scheduled for tomorrow. Jerusalem's Mayor Uri Lupolianski implored the court to cancel the parade in a personal note, claiming that "The Jerusalem municipality's management regards this parade as a severe provocation, harmful to the delicate balance between the different interests of the city's various population groups." Ultra-Orthodox Jewish demonstrators protested the parade and confronted police last night in Jerusalem; seven men were arrested for throwing stones and clashing with police. Yesterday, however, a number of leading rabbis prohibited their followers from holding any more street demonstrations.
Posted by Capitol Hill Prayer Partners at 12:54 AM