In the first time that a delegation from the Arab League has been sent to Israel, the foreign ministers of Egypt and Jordan visited here Wednesday to promote the league's peace initiative.

President George W. Bush on Tuesday met privately with Jordan's King Abdullah who pressed him to intensify US efforts to jump-start peace negotiations between Israelis and Palestinians. Abdullah said Israel must prove its earnestness by making goodwill gestures, dismantling settlements and easing restrictions on Palestinians.

Israel authorized the transfer of 1,000 rifles from Jordan to the security forces of the Palestinian Authority in the West Bank, Israeli and Palestinian security sources confirmed to Haaretz Wednesday night.

Aides of Palestinian Authority Chairman Mahmoud Abbas were involved in and encouraged abductions of Westerners in the Gaza Strip, according to a document released by Hamas. 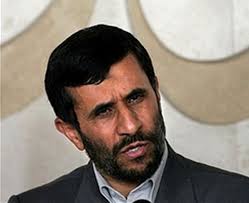 President Mahmoud Ahmadinejad said Wednesday that the West must accept Iran's right to pursue a nuclear program and voiced confidence that the outcome of Tehran's controversy with the international community over the disputed issue would be positive.

Lebanese troops advanced towards fortified positions of Islamist militants at a Palestinian refugee camp on Wednesday in what political sources said was the start of a final assault to root out the gunmen.
Posted by Capitol Hill Prayer Partners at 1:36 AM