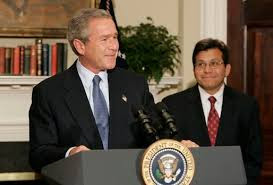 Amid bipartisan calls for Attorney General Alberto Gonzales' resignation in a scandal over dismissals of eight federal prosecutors, the White House said Monday, "We hope he stays."

• Pray that there will be peace throughout our government as they seek without partisanship to do the work that is important for our nation. • "Then Jonathan said to David, 'Go in peace, since we have both sworn in the name of the Lord, saying, 'May the Lord be between you and me, and between your descendants and my descendants, forever.' So he arose and departed, and Jonathan went into the city." (1 Samuel 20:42)

Homosexuality is not immoral, Hillary Rodham Clinton and Barack Obama said Thursday -- after gay and lesbian Democrats pressured them to denounce Gen. Peter Pace's claim that same-sex relationships were wrong.

• Pray that as each day goes by, our nation will go back to God and stand as nation that serves Him faithfully and passionately! Pray that people will not be timid to spread the gospel, amd that they not be caught up in immorality. • "Woe to those who call evil good and good evil, who put darkness for light and light for darkness . . .:" (Isaiah 5:20)"Blessed is the nation whose God is the Lord, The people He has chosen as His own inheritance."(Psalms 33:12)

• Pray that parents will have the boldness and wisdom to refuse to allow their children to participate in these types of classes and that the courts will agree with them. Pray that the people who push the gay agenda will be brought out of darkness into the light of the Lord! • "He brought them out of darkness and the shadow of death, and broke their chains in pieces." (Psalms 107:14)

Homeland Security and Energy department leaders urge cities vulnerable to terrorism to undergo an inventory of all radioactive material within city limits, so authorities can detect 'dirty bombs' terrorists might plant. "We think this is a good idea' for all high-risk cities," says Vayl Oxford, head of Homeland Security's Domestic Nuclear Detection Office.

• Lord, as the work goes forth to equip our nation with things that will keep our nation safe, let us have leaders that have Your wisdom. • "Behold, the eye of the Lord is on those who fear Him, on those who hope in His mercy, to deliver their soul from death, and to keep them alive in famine." (Psalms 33:18,19)

5. Administration Reveals Plans For $750 Million In Aid To Pakistan - The Financial Times 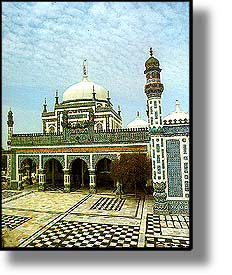 The Bush administration on Thursday reassured General Pervez Musharraf, Pakistan’s president, that the US retained a long-term commitment to support Pakistan with a senior US official revealing plans for an aid package of $750m to develop the Afghan border areas. The funds will be released over five years under a plan to use aid to counter extremism in the border’s tribal areas, where Al-Qaeda and Taliban operate.

• Lord, we pray that General Musharraf will continue to have the favor of his people and that he will continue to work with us to find these terrorists. Lord, we pray that the people of Pakistan will find You as their Savior and serve You faithfully. • "The people who walked in darkness Have seen a great light; Those who dwelt in the land of the shadow of death, Upon them a light has shined." (Isaiah 9:2) 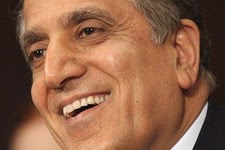 He has been the top Bush administration diplomat in Iraq – point man for policies Democrats and some Republicans say are wrongheaded or futile – but there was nothing but praise in the room Thursday when Zalmay Khalilzad went before senators to interview for a new job. Khalilzad has been serving as the U.S. Ambassador to Afghanistan until now.