Lead me, O Lord, in Your righteousness because of my enemies; Make Your way straight before my face.(Psalm 5:8)

Secretary of State Condoleezza Rice may meet with ministers of the new Hamas-led Palestinian "unity" government when she arrives here next week, according to policy guidelines set by the State Department - guidelines that differ from Israel's approach.

The United Nations probe into the assassination of former Lebanese Prime Minister Rafik Hariri has made good progress over the past three months, the head of the commission told the Security Council today, highlighting an increasing number of interviews carried out and a growing body of evidence gathered regarding the February 2005 killing.

The commander of the United Nations peacekeeping mission in Lebanon today reached agreement with senior Lebanese and Israeli military officers on improved coordination, and also discussed the Blue Line that separates the two countries, while in New York a new United Nations report cautioned that much remains to be done to bring long-term stability to the area.

5. US Congress to relax visa laws for Israelis - ICEJ News 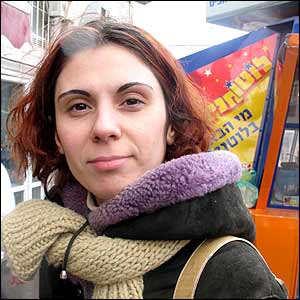 Israelis may no longer have to apply for visas to visit the US under bills before both houses of Congress designed to allow Israel to join key Western allies such as Britain, France and Australia in the US 'visa waiver' program. Under the proposals submitted as part of the Senate's September 11 counter-terrorism legislation, countries that cooperate with the US in the war on terror and whose nationals don't present a security threat would be eligible to enter America as tourists without first going through the costly visa application process at US Consulates and Embassies worldwide.

6. Syria to UN: You may not monitor us - Jerusalem Newswire

Syria has rejected a UN proposal to deploy civilian monitors on the Lebanese side of the Syria-Lebanon border in an effort to stop arms from reaching Hizb'allah.