As President Bush uses his Latin American trip to call for an overhaul of U.S. immigration law, GOP lawmakers are working with his administration to draft a proposal that could win enough Republican support to settle the thorny issue. Republican lawmakers are looking at how to improve the way businesses verify that employees are legal residents, how to set up a guest worker program, and how to deal with illegal immigrants in the country.

• Lord, we pray for your wisdom as this proposal is being put together. We ask for wise counsel for Congress in dealing with this very complex issue. • "Hear counsel, and receive instruction, that thou mayest be wise in thy latter end." ( Prov. 19:20) 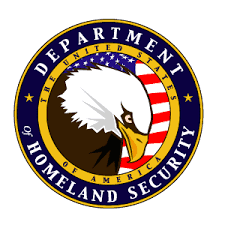 When terrorists strike overseas, or when U.S. agencies get other intelligence about their intentions and capacities, it is the job of a new Department of Homeland Security analysis unit to interpret and share it, not just with law enforcement, but with private-sector companies that might be threatened.

• Lord, we ask your blessing over this unit as it works in relationship between the government and private sector officials to give intelligence. Bring the flow of information that is needed to be distributed and give wisdom in the interpretation of all assessments. • "The heart of the prudent getteth knowledge; and the ear of the wise seeketh knowledge." (Prov. 18:15)

Dirk Lammers, File -- AP Photo
A school bus is shown in this 2006 file photo. Suspected members of extremist groups have signed up as school bus drivers in the United States, counterterror officials said Friday, in a cautionary bulletin to police. An FBI spokesman said, "Parents and children have nothing to fear."

The FBI has issued an "informational bulletin" to state and local officials saying to watch out for people tied to extremist groups trying to earn licenses to drive school buses. The Associated Press reports that members of the unnamed extremist groups have succeeded in gaining the drivers licenses, but a Department of Homeland Security official told FOX News that "at this time there is no evidence that any of these individuals have got these jobs, or got hold of school buses." "There is no plot. There is no threat. And parents and children can feel perfectly safe," FBI spokesman Richard Kolko told FOXNews.com.

• As we pray for the safety of our children while they are in school, let's also lift up prayer for their safety on these busses. Thank our Lord that He promises to reveal hidden things, if we but ask; and that any suspected "school bus plot" can and will be found out by the proper authorities. • "No longer will violence be heard in your land, nor ruin or destruction within your borders, but you will call your walls Salvation and your gates Praise." 9is. 60:18)

Consequently, we propose six facts on which people on either side of the moral debate should be able to agree: There is no 'ban' on human embryonic stem cell research in the United States. We are a long way away from therapies derived from embryonic stem cells. The human embryo has at least some degree of special moral status. There are non-controversial alternatives worth exploring. We believe that embryo- destructive research cannot be morally justified, even if it really were likely to produce cures for dreaded afflictions.

• Lord, we declare that "the fruit of the womb is Your inheritance." We choose life, because You are the fountain of life. Bring these facts to be a non- issue in light of life. Raise the human embryo to the highest moral status for protection. • "For with thee is the fountain of life: in thy light shall we see light." (Ps. 36:9)

Rep. Pete Stark (D-Calif.) has caused a stir by becoming the first member of Congress to declare himself not to believe in God. His announcement was celebrated by atheist and humanist groups Tuesday, while one Christian group described his proclamation as "unfortunate."

• May we heed the Lord's Word given by Jeremiah to the false prophet Hananiah, who led Israel into further ruin by prophesying a false peace. Those who claim peace by having no faith in God, are doomed just like this false prophet. May this Congressman, and those he wrongly influences, accept and receive salvation through the Shed Blood of the Lamb. • "Therefore thus says the Lord: 'Behold, I will cast you from the face of the earth. This year you shall die, because have taught rebellion against the Lord.'' So Hananiah the prophet died the same year in the seventh month." (Jeremiah 28: 16-17 NKJV)

Two states showed signs Friday of following Virginia's lead in apologizing for its role in slavery. Maryland's Senate approved an apology resolution, and a Georgia Senate leader he expects a similar measure will be approved in the coming weeks. Blocks away from a dock where enslaved men and women arrived in chains more than 240 years ago, the Maryland Senate voted 44-0 to approve a resolution expressing "profound regret" for the role the state played instituting and maintaining slavery and "for the discrimination that was slavery's legacy." • Praise the Lord!

• For a full report on the Decree of Apology for Slavery that was passed last month by the State of Virginia, visit the website of Intercessors for America.

Tomorrow, according to organizers, tens of thousands of demonstrators protesting the war in Iraq will march on the Pentagon in what they are billing as "the 40th anniversary of the historic 1967 march to the Pentagon." The march is also timed to coincide with the beginning of the war in Iraq on March 20th. Various blogs are also reporting that veterans groups are poised to protect different memorials on the mall from possible acts of vandalism being planned by the protestors.

• Pray for the safety of all who will be in Washington, D.C. on Saturday. Lift up our excellent police force, asking our Lord to grant them His strength and His wisdom as they work to keep our streets safe during these protests. • "No longer will violence be heard in your land, nor ruin or destruction within your borders, but you will call your walls Salvation and your gates Praise." (Isaiah 60:18)

8. 'All that is holy' gagged at America's birthplace - WorldNetDaily

Tour guides at the American birthplace of Jamestown, Va., are being prevented from explaining Christian history and are under orders to refer to items such as the Ten Commandments and Lord's Prayer only as "religious" in nature.

• As America prepares to celebrate the 400th anniversary of the establishment of the city of Jamestown -- the first English city on our soil -- pray that our citizens would rise up and PROTEST this gagging of our Christian history. It is time to let our voices be heard! • "Let God arise and let His enemies be scattered!" (Psalm 68:1)

Posted by Capitol Hill Prayer Partners at 3:09 AM