"These commandments that I give you today are to be upon your hearts. Impress them on your children. Talk about them when you sit at home and when you walk along the road, when you lie down and when you get up." (Deuteronomy 6:6-7)

Funds from the US foreign aid have in the past several years reached Gaza's Hamas-controlled Islamic University, despite a Congress law restricting aid to entities or individuals "involved in or advocating terrorist activity."

3. Haniyeh-Abbas meeting on PA unity gov't ends without accord - Ha'aretz

A meeting between Palestinian Prime Minister Ismail Haniyeh of Hamas and Palestinian Authority Chairman Mahmoud Abbas of Fatah on the formation of a PA unity government ended without agreement on Monday evening.

A dark red shadow crept across the moon during the first total lunar eclipse in nearly three years, thrilling stargazers and astronomers around the world. 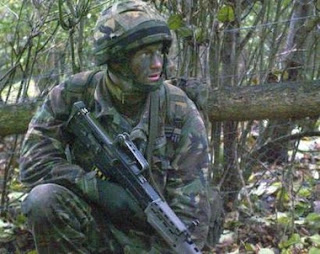 Al Qaeda terrorists have vowed to kidnap or kill Prince Harry when he fights in Iraq, it is reported.