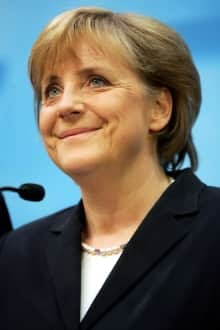 A proposed new package of sanctions against Iran for enriching uranium appeared headed to the U.N. Security Council after ambassadors for six world powers resolved remaining differences. The six- nation show of unity would be unlikely to meet strong opposition from the other 10 members on the council, which must approve the measures. A vote was expected in the days to come. "We have an agreement in principle based on some additional changes that were introduced and presented today by some delegations," acting U.S. Ambassador Alejandro Wolff said Wednesday.

• Thank You, Lord, for some semblance of unity at the UN. But Father, we know that the world community often strips sanctions of their power, so we ask that Your Holy Spirit go forth into Iran to change hearts and remove the enemies of Your people. • "He changes the times and seasons; He removes kings and raises up kings. . ." (Daniel 2:21)

Iran's U.N. Mission sent a letter to the Security Council president Thursday officially requesting permission for President Mahmoud Ahmadinejad to speak during its discussion on imposing new sanctions on Tehran for refusing to suspend uranium enrichment, a council diplomat said.

3. Qatar not to allow attack on Iran from its soil - Reuters

Qatar said it would not participate in any attack against Iran if Washington were to launch any strike because of Tehran's disputed nuclear programme. “We will not participate by any means to harm Iran from Qatar," the First Deputy Premier and Foreign Minister H E Sheikh Hamad bin Jassem bin Jabor Al Thani said in London.

"Let us hope we solve this diplomatically and through peaceful means," said the minister. Qatar is a host to US Central Command (Centcom) that oversaw military action against Iraq in the US-led invasion of Iraq in 2003. He refused to elaborate on whether Qatar can stop Washington from using the base in any attack.