The United States wrapped up a massive military exercise in the Persian Gulf Wednesday, putting on a show of strength for Iran even as the United Arab Emirates became the second Gulf nation to declare it would not take part in any attack on the Islamic Republic.

3. 'Do not launch attack from our soil' - Jerusalem Post 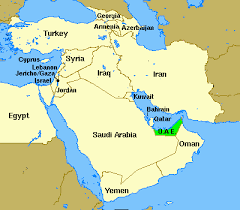 The president of the United Arab Emirates forbade the US military from using bases in his country to attack or spy on Iran as mammoth US Navy maneuvers in the Gulf entered their second day.

British Prime Minister Tony Blair warned Iran yesterday of a "different phase" in the standoff over 15 detained British sailors and marines, while a former Iranian ambassador with close ties to the regime said Iran wants the release of at least seven of its officials. Meanwhile, Iran's foreign minister said Wednesday that Britain must admit that its 15 sailors and marines entered Iranian waters in order to resolve a standoff over their capture by the Mideast nation. 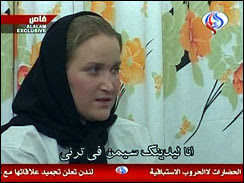 Iran broadcast the first pictures Wednesday of the 15 British sailors and marines it seized last week, including a female captive who wore a white tunic and a black head scarf and said the British boats had "trespassed" in Iranian waters. 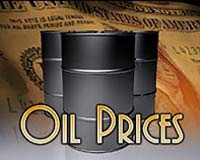 Posted by Capitol Hill Prayer Partners at 1:10 AM