As the United Nations Security Council prepares to vote Saturday on a new resolution imposing stiff economic sanctions on Iran, foreign embassies in the Iranian capital are updating their emergency evacuation plans in anticipation of a US or Israeli-led attack on the Islamic Republic's nuclear facilities.

Meanwhile in New York, Security Council members were negotiating last minute changes yesterday to a resolution aimed at targeting companies, individuals and institutions deemed to be assisting the Iranian nuclear program. The resolution, which the US and Britain hope will be agreed over the weekend, demands that Iran halt all uranium enrichment – including operations that Tehran claims are for peaceful purposes. Iranian diplomats have been unsuccessful in convincing the United States and her western allies that Iran is not developing nuclear weapons under the guise of a civilian program. "Our intention is there should be a vote on Saturday. We will meet tomorrow [Friday] for one final consideration," Britain's UN Ambassador Emyr Jones Parry told Reuters. 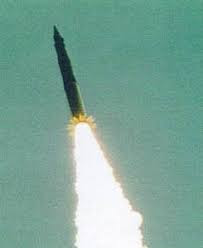 Iran’s top leader said Wednesday [March 21] that the Islamic Republic will continue to enrich uranium and develop its nuclear power regardless of which actions the international community takes. Ayatollah Ali Khamenei reiterated statements made by President Mahmoud Ahmadinejad that Iran will defy any mandate by the United Nations Security Council to cease its nuclear development programs. Khamenei claimed that until now Iran has acted in accordance with UN regulations.

4. Britain's Demand to Iran: Give Us Our Sailors Back - AP Posted by Capitol Hill Prayer Partners at 1:24 AM