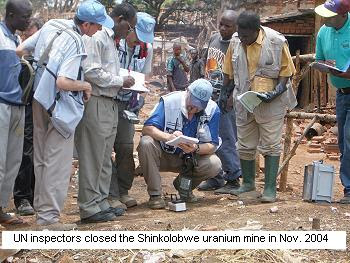 The UN nuclear watchdog and Kinshasa government are investigating the disappearance of 100 bars of uranium believed smuggled to Iran. The DR Congo newspaper Le Phare reported the uranium was removed from the nuclear center in Kinshasa as “part of a vast trafficking operation.”

A high ranking Iranian army officer based in Iraq is missing and may have been arrested by American forces, according to the London-based Arabic newspaper a-Shark al-Awsat.

Iran’s Foreign Minister Manouchehr Mottaki said on Wednesday that Iran would respond “in equal measure” if the UN Security Council passes a resolution approving tougher sanctions against Teheran. The United Nations Security Council is meeting later Wednesday to consider a draft resolution that, if adopted, could impose fresh sanctions against Iran for its nuclear programme.