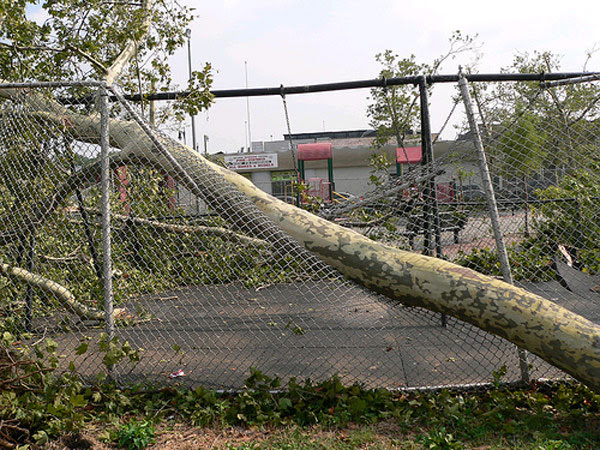 Tornado Touches Down in Brooklyn

Strong storms continue to erupt along the rim of the dangerous heat that is blanketing much of the country east of the Rockies. This morning, strong storms slammed through New York City and Long Island, creating chaos during the morning commute.

The powerful storm system that overnight pounded parts of Pennsylvania moved through the New York City metropolitan region this morning. The storm created chaos, flooding and closing subways and streets, delaying flights at the three major airports and stranding thousands of commuters for more than two hours. Strong winds and rain toppled trees in Brooklyn and other areas of the city.

· As our weather across the nation continues to spin out of control, with record-breaking heat waves also being reported in cities across the land, offer prayers for the safety and well-being of our people. May our Lord show His mercy upon us!

· "For You have been a defense for the helpless, A defense for the needy in his distress, A refuge from the storm, a shade from the heat . . . " (Isaiah 25:4a)
Posted by Capitol Hill Prayer Partners at 7:44 PM