A note to our readers:

We were unable to publish our Daily Brief yesterday (Tuesday, Aug. 21) due to technical difficulties. Here, now, are today's headlines . . .

Oil tumbled more than 2% Tuesday as Hurricane Dean weakened into a Category 1 storm over the Yucatan Peninsula, easing concerns that the powerful storm would disrupt Mexican and U.S. oil operations.

· Gracious Father, we continue to ask for Your protection and divine help for all those who have suffered in the wake of Hurricane Dean. We rejoice that You have spared American and Mexican oil rigs from destruction, allowing oil prices to fall! We ask that all will see Your Mighty Hand in the sparing of many lives, property and oil production. May many be saved because of Your loving kindnesses in this Hurricane! · "Let them shout for joy and be glad, who favor My righteous cause; and let them say continually, 'Let the Lord be magnified, who has pleasure in the prosperity of His servant.'" (Psalm 36: 27 NKJV)

Top Senate Democrats have started to acknowledge progress in Iraq, with the chairman of the Armed Services Committee saying Monday that the U.S. troop surge is producing "measurable results." Sen. Carl Levin (D-MI), highlighted improved security in Baghdad and al Qaeda losses in Anbar province as examples of success - a shift for Democrats who have mainly discounted or ignored advances on the battlefield for weeks.

· Again, because of prayer, truth is being spoken and a defeatist attitude being stopped in the U.S. Senate. Praise the Lord! Lift up in prayer General Patraeus, who has stood firmly with this plan for victory in Iraq. Ask the Lord to continue to reveal strategies to our President and to those in authority in our military, Congress and national security. Remember that our presence in Iraq helps to protect Israel.· "Though I walk in the midst of trouble, Thou wilt revive me: Thou shalt stretch forth Thine hand against the wrath of mine enemies, and Thy right hand shall save me." (Psalm 138:7) 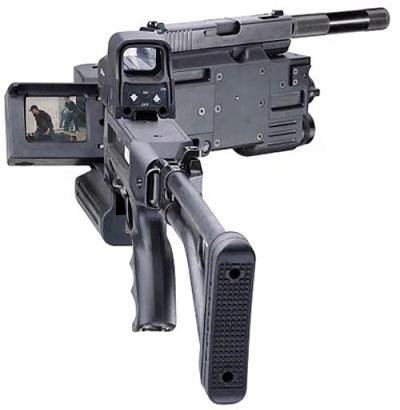 A Syrian newspaper, Baath party mouthpiece "Tishrin," accused the United States on Monday of pushing Israel to war with Syria. Meanwhile, a Syrian-Saudi war of words bodes ill for the troubled region. This signals a further low in relations between the Mideast's two key regional players, Syria and Saudi Arabia - one of them aligned with Washington and the other with Tehran.

· Talk about truth turned inside out! What arrogance the Syrian government is displaying through its media. Hold up the Syrian citizens to the Lord, for they must live with such a lying, perverted government. · "Fight the good fight of faith, lay hold on eternal life, whither unto thou art also called.." (1 Timothy 6:12a)

Senior U.S. Major General Rick Lynch, said Sunday that about 50 members of an elite Iranian military unit are training Shiite militias south of Baghdad, the first time the U.S. military has alleged that Iranians are aiding insurgents from inside Iraq.

· Praise the Lord that another truth about the Iraqi War is revealed. Ask the Lord to confuse the plans and strategies of the enemy, to cause their plans to go awry and their funds to be diminished. Pray that the souls of these Iranians will be surrendered to their Savior, Jesus Christ. · "So let all Thine enemies perish, O Lord; but let them that love Him be as the sun then he goeth forth in his might." (Judges 5:31a)

President Bush's two-day summit with the leaders of Canada and Mexico in Montebello, Quebec is already raising fears among some conservatives that the three governments are planning a European Union-style super-government. President Bush and the leaders of Canada and Mexico ridiculed the notion that their countries are conspiring to create a regional supergovernment similar to the European Union.

· Fervently intercede that President Bush makes no agreement with Mexico and Canada about a North American Union. Ask the Holy Spirit to shut the President's mouth on any topic that would diminish the sovereignty of the United States. Canada is part of the commonwealth of Great Britain, which already consists of 13 countries, and Mexico is an unreliable partner. · "Woe unto them that devise iniquity, and work evil upon their beds! When the morning is light, they practice it, because it is in the power of their hand." (Micah 2:1) 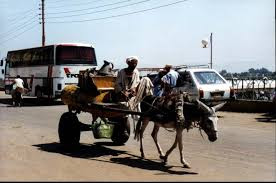 Some Mexican trucks will be allowed to carry cargo anywhere in the United States as soon as a federal inspector general certifies safety and inspection plans, the Bush administration announced Friday.

· Pray that this plan collapses before it is put into action, for this is a test in preparation for the North American Union Highway and part of the New World Order. What inspection plans are established for the contents of these trucks? · "Whoso is partner with a thief hateth his own soul:" (Proverbs 29:24a)

Planned Parenthood filed a lawsuit Monday seeking to strike down a new Missouri law that it claims could eliminate abortion services in large parts of the state by subjecting clinics to stringent state oversight.

· Pray for those lost souls who support Planned Parent and decree the collapse of this organization. It is even supported by federal funds! Let the papers of the lawsuit be misplaced and the lawyers distracted so that the citizens of Missouri can rest in the stability of their law. The innocent must not continue to perish! · "I have hated the congregation of evildoers; and will not sit with the wicked." (Psalm 26:5)
Posted by Capitol Hill Prayer Partners at 12:37 AM