President Bush will veto legislation to expand hate crimes protection to homosexuals and transgendered individuals, even if he has to reject a defense authorization bill, the White House says.

· Father, we praise You that President Bush has vowed to veto this bill. We continue to pray that wisdom would be found on Capitol Hill to protect our nation against legislation that can ultimately harm the rights and privileges of all Americans. 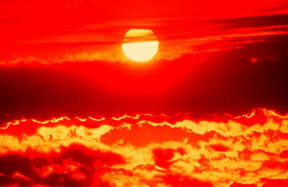 Residents of several New York City neighborhoods on Thursday were cleaning up after a rare tornado, a day earlier, touched down several times, uprooting trees and damaging homes and vehicles.

A light earthquake rattled the Los Angeles area early Thursday, waking residents and knocking some items off shelves and walls. The magnitude 4.5 tremblor struck just before 1 a.m., about 4 miles northwest of Chatsworth, according to a preliminary report from the U.S. Geological Survey.

· Lord, we humbly ask Your mercy and forgiveness over the United States. We pray that You would turn our hearts to You, and remove our sins by Your Blood. May You remember us in Your love and be merciful to those most vulnerable to these extreme natural conditions.

The no. 2 Democrat in the Senate -- the assistant majority leader, Richard Durbin of Illinois, is conceding that the surge of American troops has led to military progress in Iraq.

·Thank you Father, for this small victory! We continue to lift up the surge and ask that You grant us victory in Iraq, and show forth Your power to those who have stood against You.

· Behold, I will bring it health and healing; I will heal them and reveal to them the abundance of peace and truth. (Jeremiah 33:6)

Islamic extremists embedded in the United States, posing as Hispanic nationals, are partnering with violent Mexican drug gangs to finance terror networks in the Middle East, according to a Drug Enforcement Administration report.

· Lord, we thank You for revealing yet another place of danger in our security. We pray that You will cut off the arm of the enemy!

Wall Street plunged in early trading Thursday, yanking the Dow Jones industrials down more than 200 points after a French bank said it was freezing three securities funds that struggled to find liquidity in the U.S. subprime mortgage market.

The announcement by BNP Paribas raised the specter of a widening impact of U.S. credit market problems. The idea that any one institution, investor, company, or individual, can't get money when they need it, unnerved a stock market that has suffered through weeks of intense volatility triggered by concerns about available credit.

· Let the beauty of the Lord be upon us and establish the work of our hands for us. (Psalm 90:17)

6. Johnson and Johnson Sues Red Cross Over Use of Cross Emblem- NEW YORK

AP Johnson & Johnson (JNJ), the health-products giant that uses a red cross as its trademark, sued the American Red Cross on Wednesday, demanding that the charity halt the use of the red cross symbol on products it sells to the public.

· Father, as this is a harbinger of things to come, we pray that secular sources will not be allowed to own the symbol of Your Son to make money.

· He who is greedy for gain troubles his own house. (Proverbs 15:27)
Posted by Capitol Hill Prayer Partners at 7:49 PM