..Fatah al-Islam, Suleiman ( right) said, "is not sponsored by Syrian intelligence, nor it is backed by Lebanese government circles. It is a branch for al-Qaida which had been planning to use Lebanon and Palestinian camps as safe haven to launch its operations in Lebanon and abroad."

President George W. Bush's administration has blacklisted as an "international terrorist organization" a Lebanese Islamist group blamed for major fighting at a Lebanese refugee camp, the Associated Press has learned. The US State Department announced Monday the designation against al-Qaida-inspired Fatah al-Islam, which is suspected of having links with Syria.

· Lord, we pray that the sanctions against these terrorist groups will bring about their desired purpose.

· "In that day the Lord will defend the inhabitants of Jerusalem; the one who is feeble among them in that day shall be like David, and the house of David shall be like God, like the Angel of the Lord before them." (Zechariah 12:8) 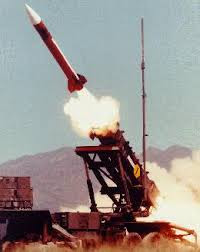 According to intelligence reports, Syria is building up an arsenal of missiles that are capable of carrying biological and chemical warheads to Tel Aviv and other major population centers. However Defense Minister Ehud Barak has said that he will not order the distribution of gas masks, Army radio reported on Monday.

Four Palestinians were killed and another 14 were injured in an IDF operation launched Monday night in the southern Gaza Strip.