PARTS One and Two

"Your throne, O God, is forever and ever; a scepter of uprightness is the scepter of Your kingdom." (Psalm 45:6,7)


Today's Daily Brief - The Hill - Parts One and Two

Minnesota officials were warned as early as 1990 that the bridge that collapsed into the Mississippi River was "structurally deficient," yet they relied on patchwork repairs and stepped-up inspections that unraveled amid a thunderous plunge of concrete and automobiles.

· Pray for this to cause a warning to bring about necessary changes that will keep life. · "The labour of the righteous tendeth to life: . . . He is in the way of life that keepeth instruction: but be that refuseth reproof erreth." (Prov. 10:16a,17)

More than 70,000 bridges across the country are rated structurally deficient like the span that collapsed in Minneapolis, and engineers estimate repairing them all would take at least a generation and cost more than $188 billion.

· Pray for a spirit of excellence to prevail that wil bring stability. Pray for funds to be released and for deligence in making bridges strong. · "The hand of the diligent shall bear rule: but the slothful shall be under tribute." (Prov. 12:24)

August 2: Divers search for victims near the Interstate 35W bridge which collapsed over the Mississippi River on Wednesday in Minneapolis.

Recovery efforts in the collapse of a Minnesota bridge resumed Friday under difficult conditions, with the death toll rising to five but the number of those still missing dropping from earlier estimates to only eight. Murky waters and rapid currents promised to make the search for those still unaccounted for both dangerous and challenging.

· Lord, we ask the Holy Spirit to comfort those who lost loved ones. May Your presence be strong and Your peace be received. We ask Your hand over the search teams for safety and success. · "These things I have spoken unto you, that in me ye might have peace. In the world ye shall have tribulation: but be of good cheer; I have overcome the world." ( John 16:33)

4. Move to boost role of UN in Iraq - London Telegraph

Britain and America circulated a draft proposal yesterday for the United Nations to play a dramatically wider role in Iraq.

· Pray for guidance and instruction of the Lord over the UN and all involved in Iraq. Pray for decisions that will utimately result in the light of the gospel spreading over Iraq. · "I will instruct thee and teach thee in the way thou shalt go: I will guide thee with mine eye. For God is our God for ever and ever: He will be our guide even unto death. And I will bring the blind by a way that they knew not; I will lead them in paths that they have not known: I will make darkness light before them, and crooked things straight. These things will I do unto them, and not forsake them." (Ps.23:8,48:14, Is.42:16) 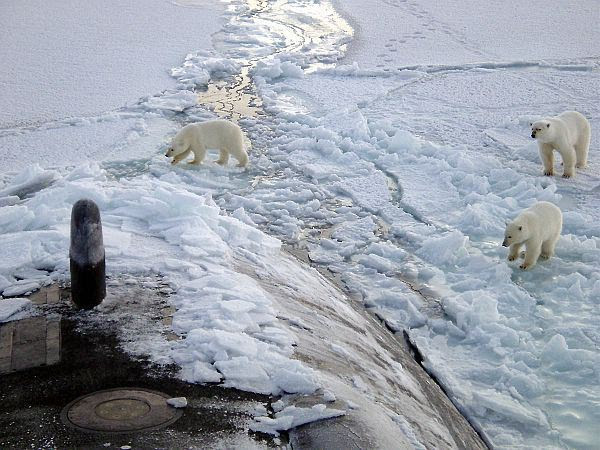 Russian explorers have dived deep below the North Pole in a submersible and planted their national flag on the seabed to stake a symbolic claim to the energy riches of the Arctic.

· Declare and decree that the Lord God Almighty alone has set borders of the nations and the world. · "He hath compassed the waters with bounds, until the day and night come to an end. Thou hast set all the borders of the earth: . .." ( Job 26:10, Ps.74:17)

Both the House and the Senate have now passed the bills to fund the "SCHIP" program next year. [Please see our Legislative Update, "The Back Door to Universal Government Health Care," published on July 31st, for details on the specific differences in each bill.] The bills now must go to Conference Committee in September, to be merged into one single bill before final passage and signature by the president.

· Thank you for your prayers over these two bills -- that the poor among us would see their needs met, while others would not abuse federal funds for health needs unnecessarily. Continue in prayer through the summer as these bills head into conference in the fall. Ask our Lord to grant great wisdom, so that the final package to be presented to President Bush will indeed meet the true needs of our people, according to the will of God. · "If the king judges the poor with truth, His throne will be established forever." (Proverbs 29:14)

Bush Judicial Nominee Passes Big Senate Hurdle Drama came to the Senate Judiciary Committee on Thursday when Sen. Dianne Feinstein (D-Calif.) broke ranks with her Democratic colleagues to vote in favor of sending the nomination of Judge Leslie Southwick, a nominee to the Fifth Circuit Federal Court of Appeals, to the Senate floor for confirmation. In her statement before the committee, Sen. Feinstein said: "I don't believe he's a racist. I believe he's a good person. Judicial nominees are not just a collection of prior writings or prior judicial opinions. My hope is that we can put these days behind us, and that we can give people a fair hearing, and that we can move them on."

· Offer a prayer of thanksgiving for this vote by Senator Feinstein, for now the full Senate will be able to weigh and decide the nomination of this very capable man to serve on the Fifth Circuit Court of Appeals. Praise God! · "In everything give thanks . . ." (I Thess. 5:18)

The FBI violated the Constitution when agents raided U.S. Rep. William Jefferson's office last year and viewed legislative documents in a corruption investigation, a federal appeals court ruled Friday. The court ordered the Justice Department to return any legislative documents it seized from the Louisiana Democrat's office on Capitol Hill.

· It seems that, every week these days, the balance of power between the different branches of government is being challenged. Pray in the spirit over this report, for only our Lord knows all the details. Legal appeals are expected in this case. · "Pray without ceasing . . ." (I Thess. 5:17) 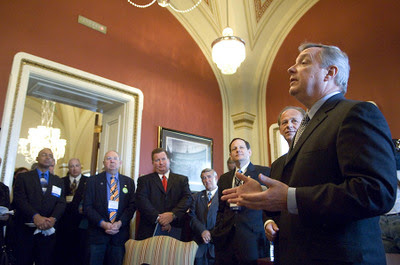 Will Work into the Weekend to Finish Pending Business

Both the Senate and the House will extend their hours this weekend in order to wrap up their business before they adjourn for the lengthy Summer District Work Period. · Pray in the Spirit through this weekend over all congressional activity -- in particular that no "secret deals" which may have been struck will succeed. Pray that all be done decently and in order, and "in plain sight." · "Loyalty and truth preserve the king, And he upholds his throne by righteousness." (Proverbs 20:28)
Posted by Capitol Hill Prayer Partners at 1:19 AM