An American evangelical pastor and his wife who have been living in Israel for nearly two decades have been ordered to leave the country within two weeks, after their request for permanent residency was turned down, officials said on Thursday. Ron Cantrell, 59, and his wife Carol, 54, have run a small Jerusalem- based ministry, Shalom Shalom Jerusalem, for the past four years. Cantrell previously worked for Bridges for Peace, an evangelical organization, for 14 years. Two of the couple's children have married Israelis and have Israeli ID cards. 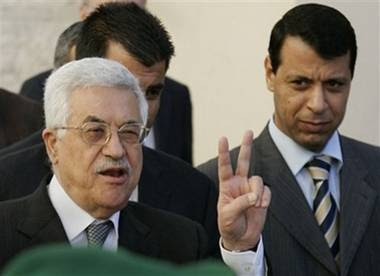 Softening could hinder US-led peace effortsIn a stakeout with reporters in Ramallah on Wednesday, Palestinian Authority chairman Mahmoud Abbas softened his stand towards Hamas by calling for a "return to national unity." He added, "the split that happened [between the West Bank and Gaza] as a result of Hamas's coup is temporary and will be removed. We want a united and independent Palestinian state." 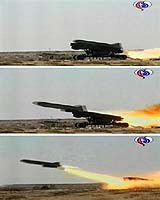 Iran's Revolutionary Guards commander Yayha Rahim Safavi has announced the development of a missile that can penetrate the Israeli Merkava and the US M1A1 Abrams, considered the best battle tanks in the world. Furthermore, he stated that their land-to- sea missiles are now capable of hitting any ship in the Persian Gulf.

Israel's National Planning Committee on Tuesday approved a proposal to build a chain of artificial islands 400 m (0.25 mi) off the coast of Tel Aviv, including plans to house a new international airport on the largest island.Interior Ministry official Shamay Assif told The Jerusalem Post, "We are a growing economy. We are a small state. We need more power plants, more storage facilities for fuel, more harbor and airport facilities-things that usually take up a lot of space. It would be very irresponsible not to consider islands in the sea [for an international airport]."

..Nicholas Burns, the US Undersecretary of state for political affairs, and Israeli Foreign Minister Director-General Aharon Abramovitz signed the memorandum of understanding on the assistance at a ceremony in Jerusalem.