Bush to disclose mortgage reforms for those affected by bad loans; analysts say credit crunch could cause recession. This move is designed to reduce foreclosures.

· Thank You, Lord, for a workable solution to help people with good credit records keep their homes. We ask for these reforms to be strength to families in maintaining a good quality of life.

The Bush administration urged a federal appeals court Thursday to let Mexican cargo trucks cross the border and freely travel anywhere in the country, arguing that to do otherwise could strain diplomatic relations between the U.S. and Mexico.

· Father we ask that Your wisdom come to our leadership, that truth will reign over these decisions. We pray that the plans of the enemy to bring more drugs, more illegals, and more terrorists and gang members be thwarted, by Your hand. Amen.

The Department of Defense has awarded $1.6 million to the Center for Bioelectronics, Biosensors and Biochips (C3B) at Clemson University for the development of an implantable biochip that could relay vital health information if a soldier is wounded in battle or a civilian is hurt in an accident.

·Lord, we ask for Your guidance and instructions in this development to save lives. May wisdom for the future use of biochips be established upon that which is good.

· I will instruct thee and teach thee in the way which thou shalt go: I will guide thee with mine eye. (Ps.32:8)

A U.S. military plane with three U.S. senators and a U.S. House member on board, came under rocket fire while leaving Baghdad, Iraq, for Amman, Jordan Thursday night and had to take evasive maneuvers. On board were Republican Senators Richard Shelby of Alabama, Mel Martinez, a Florida Republican, and James Inhofe, a Republican from Oklahoma, and Rep. Bud Cramer, an Alabama Democrat. "This is something that our men and women in combat face every day," Cramer said in a statement.

· Offer praise that these members of Congress were not harmed in this attack, nor were the others who were on this flight. Yes, this IS something that our men and women face in combat every day. Praise God for their heroism, and continue to lift up prayers for safety for our troops, no matter how long they stay in Iraq.

· Mighty Warrior, we give You praise as these Taliban leaders continue to fall. We ask that You continue to go with us in fighting enemies that have their heart bent toward evil.

· For the Lord your God is he that goeth with you, to fight for you against your enemies, to save you. Through God we shall do valiantly, for he it is that shall tread down our enemies. ( Deut.20:4, Ps.60:12)

The U.S. security coordinator in the Palestinian territories wants five new Palestinian battalions deployed across the West Bank in an effort to bolster Palestinian President Mahmoud Abbas, according to a published report Thursday.

2. Abbas urges US to map out peace plan ahead of international conference - Jerusalem Post

Palestinian Authority Chairman Mahmoud Abbas warned Wednesday that a US-sponsored international peace conference planned for November could fail if no plan for a solution to the Israeli- Palestinian conflict was devised ahead of the meeting. 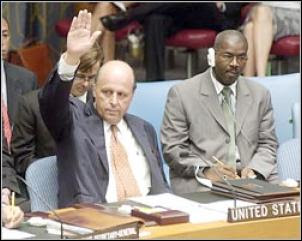 A United Nations-sponsored conference on the rights of Palestinians opens this week at the European Union assembly, despite protests by Israel and EU lawmakers who say the meeting's organizers have an anti-Israeli agenda. 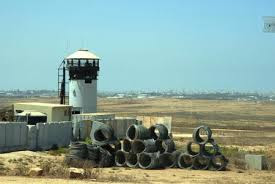 Contingent on Egypt's agreement, Israel is planning to build a fence along the border with Sinai in order to prevent terrorists, smugglers, and refugees crossing the border, an Israeli official told the Knesset Committee on Foreign Workers on Tuesday.

Islamist faction calls for reunification with Fatah Recent reports suggest that Hamas is willing to concede to certain demands by Palestinian Authority Chairman Mahmoud Abbas of Fatah in return for a 'national unity' parliament and PLO reforms. Furthermore, there have been reports that Hamas has been secretly meeting with EU officials. Both moves seek to lift the ban that the international community has currently placed on Hamas.

A month-old Islamic dig on Jerusalem's Temple Mount to replace faulty electrical cables has damaged an ancient wall that is likely a remnant of the Second Temple, Israeli archaeologists said Thursday.


America Reaps What It Sows With Politicians And Church Leaders

American politics is in a sorry state largely because Americans, who oft complain about the horrible escapades of their elected representatives, have chosen the secular argument for the state over the moral requirement to hold office or to lead a nation. In the past few weeks, it seems that nothing is sacred among the elected in this nation except that "anything goes" and the underpinnings of true democracy will sort it all out. For example, if the majority of American voters don't care much about illegal fundraising, then the politician has gotten away with it. Or if Americans don't really care about whether a Senator was soliciting sex in an airport bathroom, so be it, life goes on.

The Clinton dynasty of using crooks to raise money continues unabated. Norman Hsu, a convicted felon on the lamb since 1991, has raised hundreds of thousands of dollars for the Democrat Party and was a chief fundraiser for Hillary Clinton. Now that he has been exposed, Hillary says she will give the money back that he raised, both unethically and illegally. Leftist George Soros' organization America Coming Together was fined by the Federal Election Commission for illegally raising the majority some $137 million for Presidential candidate John Kerry. But that's ok because they were fined $775,000 to raise the $137 million-that's considered good business. And Republican Senator Larry Craig was arrested for soliciting sex from a male policeman in an airport restroom.

But its no wonder the politicians are getting away with horrible moral deeds. The Christian church is not faring much better-Episcopalians now say its ok to have homosexuals as clergy; the Catholics have had pedophile sex scandal after scandal and the non- denominational protestant churches are rift with immorality. Just last week, popular Florida Without Walls International Bishop Randy White called up his wife Paula before the congregation and announced he was divorcing her. She loses her pastorship over the church, he takes the pastor's position and the congregation does nothing but support them both in the break up of their second marriage. Where are the consequences?

Somewhere along the line, Americans need to wake up and understand that if they demand no morality among their political and church leaders, they will receive none. Americans have no right to complain if we are to accept far less than what God has planned for us. Founding Father John Adams is quoted as saying, "Our constitution was made only for a moral and religious people. It is wholly inadequate to the government of any other." Jesus said in Matthew 16:6, "Take Heed, beware of the leaven of the Pharisees and of the Sadducees." If you allow a little evil in, it grows out of control-even to the place of destroying a nation.

Please join us in this FLY THE FLAG campaign and PLEASE forward this email immediately to everyone in your address book asking them to also forward it. We have a little less than two weeks and counting to get the word out all across this great land and into every community in the United States of America . If you forward this email to least 11 people and each of those people do the same . . . you get the idea.

THE PROGRAM IS THIS:

On Tuesday, September 11th, 2007, an American flag should be displayed outside every home, apartment, office, and store in the United States . Every individual should make it their duty to display an American flag on this anniversary of our country's worst tragedy. We do this in honor of those who lost their lives on 9/11, their families, friends and loved ones who continue to endure the pain, and those who today are fighting at home and abroad to preserve our cherished freedoms.

In the days, weeks and months following 9/11, our country was bathed in American flags as citizens mourned the incredible losses and stood shoulder-to-shoulder against terrorism. Sadly, this flag flying has all but disappeared. Our patriotism pulled us through some tough times and it shouldn't take another attack to galvanize us in solidarity. Our American flag is the fabric of our country and together we can prevail over terrorism of all kinds.

Action Plan: So, here's what we need you to do:

(1) Forward this email to everyone you know (at least 11 people). Please don't be the one to break this chain. Take a moment to think back to how you felt on 9/11 and let those sentiments guide you. (Some wept, some were dumbfounded, and some prayed)

(2) Fly an American flag of any size on 9/11. Honestly, Americans should fly the flag year-round, but if you don't, then at least make it a priority on this day.

Thank you for your participation.

A Prayer for Children Going Back to School

A new school year, a new beginning. Whether our children are just starting kindergarten, entering high school, or leaving the nest for college, our hearts and hopes go with them. I invite you to bless your child with this beautiful prayer as he or she goes out to face the world. It is a scary world out there and the safety of our children is of the utmost importance. We want our children to absorb and learn all that they can so that their education elevates them to new and higher levels of achievement. For those of you who believe in the power of prayer, the following is a wonderful prayer for them.

(Source: "Prayers of Our Hearts," by Vienna Cobb Anderson)

· We lift up a special prayer, too, for the safety and the security of all the nation's schoolchildren as they return to school this month. · "No weapon forged against you shall prosper." (Isaiah 54:17)

"On Capitol Hill This Week" Resumes on Monday

Congress will return next week from their August District Work Period, to face a heavy schedule of legislative activity. Both the House and the Senate will resume their business on Tuesday, Sept. 4.

As the nation nears another anniversary of the terrible attacks of September 11, we ask you to all redouble your prayers for the protection of this city -- Washington, D.C. -- in particular. May our government continue to run smoothly in the days ahead, and may God's will be done on earth, as it is in heaven.

"Surely His salvation is near those who fear Him, that His Glory may dwell in our land." (Psalm 85:9)
Posted by Capitol Hill Prayer Partners at 6:56 PM