Greetings to all our Readers! 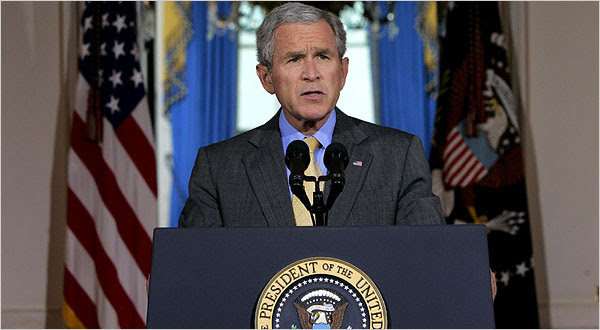 President Bush, seeking a new legacy as his second-term initiatives falter in Congress, yesterday announced that the United States, Israel and the Palestinian Authority, along with leaders from neighboring Arab states, will meet this fall to jump-start Mideast peace talks. Striving once again to take a leading role in the long standoff, the president pledged $190 million in U.S. aid to the Palestinian government of President Mahmoud Abbas, who last month expelled Hamas Islamists from his national security council after the militant group seized the Gaza Strip.

· Oh, God of mercy!!! Have mercy upon us!!! We stand in the gap for President Bush, who does not yet understand the seriousness of his position on the "two-state policy" in Israel, for You, Father God, forbid the division of Your land. Holy God, we cry out to You to raise up advisors who can speak into the ear of our president, and who can steer him back into the path of righteousness, for the Zion's sake! Holy God, we are asking You for a miracle, for only by Your hand can we now be saved as a people. In Your Name, amen.

·The Lord gives voice before His army, for His camp is very great; for strong is the One who executes His word. For the day of the Lord is great and very terrible; Who can endure it? (Joel 2:11)

President Bush shocked Capitol Hill staffers and Republican leaders Monday when he crashed a meeting at the White House to deliver a blunt message that he wasn't backing down on Iraq and Republicans need to understand that.

· Lord, We pray that those who are for an early pull-out of the troops will not be able to succeed at pulling the soldiers out until the troops have finished their work! We pray for a hedge of protection around our soldiers, coalition, and everything that pertains to them! Let the gospel of Christ spread mightily in the Middle East! Hallelujah! AMEN!

· And Moses said: "By this you shall know that the Lord has sent me to do all these works, for I have not done them of my own will. (Numbers 16:28) 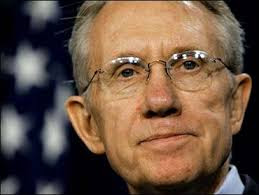 Majority Leader Harry Reid yesterday vowed to keep the Senate in session around the clock to highlight Republican unwillingness to allow a simple majority vote on legislation calling for the withdrawal of most U.S. combat troops from Iraq by April 30.

·Lord, we pray for those who would harm our nation, that their hearts would turn from their partisan actions, and we release the troops to do great and mighty exploits in Iraq. We pray Christians in Iraq will also be released to have freedom to serve You and preach.

· Do this: Take censers, Korah and all your company; put fire in them and put incense in them before the Lord tomorrow, and it shall be that the man whom the Lord chooses is the holy one. You take too much upon yourselves, you sons of Levi!" (Numbers 16:6, 7)

America's first Muslim congressman has provoked outrage by apparently comparing President George W Bush to Adolf Hitler and hinting that he might have been responsible for the September 11 attacks.

·Lord, we pray that You will give every American Your vision for this country so that we might work together without division or strife! We pray that everyone in government will recognize and respect the office of the President.

·They gathered together against Moses and Aaron, and said to them, "You take too much upon yourselves, for all the congregation is holy, every one of them, and the Lord is among them. Why then do you exalt yourselves above the assembly of the Lord?" . . . and he spoke to Korah and all his company, saying, "Tomorrow morning the Lord will show who is His and who is holy, and will cause him to come near to Him. That one whom He chooses He will cause to come near to Him. (Numbers 16: 3,5)

Although Bush administration officials have frequently lashed out at Syria and Iran, accusing it of helping insurgents and militias here, the largest number of foreign fighters and suicide bombers in Iraq come from a third neighbor, Saudi Arabia, according to a senior U.S. military officer and Iraqi lawmakers.

·Lord, may our eyes be open to see who our allies are and we pray that our enemies fall into their own nets while we pass by safely. We pray for the missionaries in those countries to be protected and have multitudes saved through their endeavors!

· Now it came to pass, as he finished speaking all these words, that the ground split apart under them, and the earth opened its mouth and swallowed them up, with their households and all the men with Korah, with all their goods. (Numbers 16:31, 32)

A strong earthquake struck northwestern Japan on Monday, destroying hundreds of homes, buckling roads and bridges and causing a fire at a nuclear power plant. At least six people were killed and hundreds were injured.

·Lord, when tragedy strikes upon our earth, please send the Holy Spirit to gently remind us that You will always be with us and never abandon us! Lord, You are able to turn the bad into good and we ask that You do this and more for them - bless them!

· "Casting all your care upon Him; for He cares for you" (I Peter 5:7)
Posted by Capitol Hill Prayer Partners at 2:23 PM