Senate Majority Leader Harry Reid (D-Nev.) on Wednesday announced he would set aside the Defense Department authorization bill that has served as a catalyst for an historic confrontation between Republicans and Democrats over a troop withdrawal from Iraq.

· Although the primary haggling over this bill is about Iraq, there is a secondary point: the Hate Crimes bill, sponsored by Senators Kennedy and Smith, was also attached to this bill as an amendment. Offer praise that this entire momentum is now halted; sever the Hate Crimes amendment away from the Defense Authorization Bill; call forth funding for our troops in Iraq; thank our Lord that He IS in control of the affairs of men. Praise God!

· "Take counsel together, and it shall come to nought; speak the word, and it shall not stand: for God is with us." (Isaiah 8:10)

Looking for a word to describe a prosecutor's controversial actions that helped put two former U.S. Border Patrol agents in prison, a senior senator Tuesday settled on "overreaction." Sen. Dianne Feinstein seemed hesitant to use a more severe description to describe U.S. Attorney Johnny Sutton's role in the affair, which caused a storm earlier this year and sparked strong criticism of the Bush administration by lawmakers from both parties. [For full article, go here.]

· Father, if these men have committed criminal acts, then let the punishment fit the crime. If they have acted in accordance with the law, then let Your justice reign over these proceedings. We bind political motives in their prosecution and release Your truth and justice.

· To do righteousness and justice is more acceptable to the Lord than sacrifice. (Proverbs 21:3)

3. Bill Would Empower FCC to Crackdown on Profanity, Indecency - CNSNews.com

A bill designed to prohibit indecent images and profanity on broadcast television during family-friendly hours was introduced in the Senate. The bill (S.1780), introduced by Sen. Jay Rockefeller (D-W.Va.), will be discussed Thursday by the Senate Commerce Committee.

· Father we ask that You clarify the language of all bills that are in process within Congress, to guard against any subtle plans to twist the values of Christianity. We bind these bills to Your will, and release Your Spirit to protect both freedom and American families against filth.

· For I will contend with him who contends with you, and I will save your children. (Isaiah 49:25b)

Veterans Affairs Secretary James Nicholson said Tuesday that he will step down from his post on October 1. "Jim Nicholson has served his country and his fellow veterans with distinction," said President Bush in a statement Tuesday afternoon. "For over two and a half years, Jim has worked to improve the federal government's ability to care for our nation's veterans.

· Lord we ask that your forgiveness and salvation touch Mr. Nicholson, and dispel any political curses against him. We pray that You will choose the next VA Secretary and imbue him with wisdom and understanding for our veterans, and bring the proper finances and help to their aid.

· When the righteous are in authority, the people rejoice.(Proverbs 29:2)

5. Panel to Look into Safety of Imported Products - Reuters

A new import safety panel will be formed to report to President Bush in 60 days regarding the questionable safety of products from China, Reuters reports. Health and Human Services Secretary Michael Leavitt will head the panel, according to White House press secretary Tony Snow.

·Lord we thank You for this red flag over products from a nation that does not share our values. We pray that truth will be revealed and safeguards will be set in place.

·In the house of the righteous there is much treasure, but in the revenue of the wicked is trouble.(Proverbs 15:6) 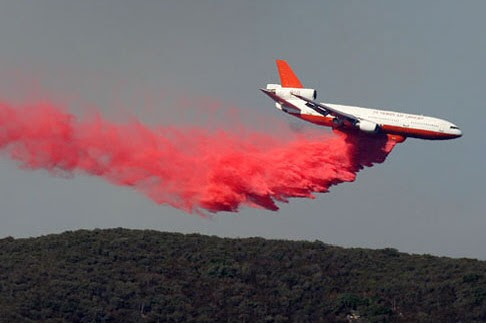 BOISE, Idaho - The nation's wildfire preparedness was raised to its highest level Thursday as dozens of new fires started in the bone-dry West, including one on the sprawling grounds of the Idaho National Laboratory.

·Father we pray for rain throughout the Western states. We pray for an end to this drought in the Name of Jesus!

·Ask for the rain in the time of the latter rain. Then the Lord will give lightning; He will give them showers of rain, grass in the field for everyone. (Zechariah 10:1)
Posted by Capitol Hill Prayer Partners at 11:29 PM