1. North Korea Storms Out of Military Talks With South Without Deal - AP

..North Korea's chief delegate Lieutenant General Kim Yong-chol leaving after military talks with South Korea on the south side of the border village of Panmunjom, Thursday.

North Korea walked out of military talks with South Korea, ending three days of high-level negotiations Thursday with no agreement amid a lingering dispute over their shared sea border. "We've come to the conclusion that we don't need these fruitless talks any more," North Korea's chief delegate Lt. Gen. Kim Yong Chol said at the final session in the truce village of Panmunjom.

· Lord we bind the plans of North Korea, and take authority over the hatred they espouse. We loose your Holy Spirit to break down the walls of dictatorship. We set about Your watchers to pray in case of any subterfuge against South Korea. · ". . . Reinforce the guard and station the watchmen . . ." (Jeremiah 51:12 NLT)

Documents indicate eight congressional leaders were briefed about the Bush administration's terrorist surveillance program on the eve of its expiration in 2004, contradicting sworn Senate testimony this week by Attorney General Alberto Gonzales. The documents underscore questions about Gonzales' credibility as senators consider whether a perjury investigation should be opened into conflicting accounts about the program and a dramatic March 2004 confrontation leading up to its potentially illegal reauthorization.

· Father, we pray that Your justice and presence will have sovereignty over this situation with Mr. Gonzales. We bind political agendas and ask that Godly wisdom and truth be released over the proceedings. · "The godly offer good counsel; they know what is right from wrong." (Psalm 37:30 NLT)

.. Rep. Tom Tancredo, R-Colo.
The House on Wednesday approved a move by conservative Republicans to try to set free two Border Patrol agents convicted of shooting a Mexican drug dealer. After a long, emotional debate, the House voted by voice to block the Bureau of Prisons from keeping former agents Ignacio Ramos and Alonso Compean in federal prison.

· Lord we ask that You complete Your will in the lives of these two men, and move to bring truth and righteousness to bear in the operations and lives of all who are working to protect our borders. We ask for sound leadership for the Border Patrol and all prosecutors who work with them. · "We can gather our thoughts, but the Lord gives the right answer." (Proverbs 16:1 NLT)

Republicans complain that House Democrats have inserted a "surprise tax hike" into the 2007 farm bill, something that could prevent the bill from passing this week, House Republican Leader John Boehner said.

· Father we bind every attempt to attach foolish amendments into our nations' farm bill or any other appropriations bills before Congress. We take authority over the political agendas of all members of Congress bent upon compromising needed legislation. · "We depend upon the Lord alone to save us. Only He can help us, protecting us like a shield." (Psalm 33:20 NLT) 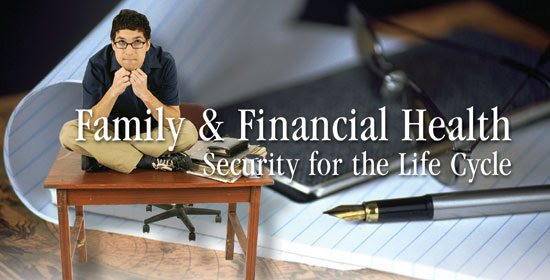 More than 2,000 members of labor, business and consumer organizations gathered on Capitol Hill Wednesday to tell Congress that "Americans want answers, action and accountability from their elected officials" regarding issues of health care and financial security.

· Father the healthcare debate seems bent upon forcing a universal health care system that could end up socialist in nature. We pray that Your truth and mercy would extend to our nation and protect us from the expense and poor quality care that comes in such systems. · "They will not work in vain, and their children will not be doomed to misfortune. For they are people blessed by the Lord, and their children, too, will be blessed." (Isaiah 65: 23 NLT)

The U.S. military has noted a "significant improvement" in the aim of attackers firing rockets and mortars into the heavily fortified Green Zone in the past three months that it has linked to training in Iran, a top commander said Thursday.

· Father we come again to you and pray that you will intervene to tear down the Iranian regime that is bent upon our destruction. We release your Heavenly Host into the region, and pray that You will protect our troops and civilian workers barracked in the green zone. · "Break the arms of these wicked, evil people! Go after them until the last one is destroyed!" (Psalm 10:15 NLT)

· We erect a hedge of the Blood of Christ around our nation's economy and pray for Your mercy and peace, righteousness and truth to infuse every market. · "I looked for someone who might rebuild a wall of righteousness that guards the land. I searched for someone to stand in the gap in the wall so I wouldn't have to destroy the land, but found none." (Ezekiel 22:30 NLT)
Posted by Capitol Hill Prayer Partners at 1:38 AM