"But the path of the just is as the shining light, that shineth more and more unto the perfect day. (Proverbs 4:18)

..Rep. Rahm Emanuel (D-IL),
an architect of the Democratic campaign that regained control of the House last year, says his party will not attempt comprehensive immigration reform until at least the second term of a prospective Democratic president.

· Now that the comprehensive immigration reform package has failed in the Senate, intercede so that any similar action will take place in God's timing -- not man's.

Lacking a clear federal immigration policy, the International Association of Chiefs of Police (IACP) is distributing an unusual primer on immigration enforcement to thousands of law enforcement agencies. ICAP President Joseph Carter hopes the IACP's primer will "move law enforcement to a more consistent approach. Lacking guidance from a court decision or the federal government, we're just trying to find the best way to move ahead."

Topics including immigration laws and issues, including day-laborer hiring sites and local collaboration with federal immigration officials are covered. It warns that agencies can no longer ignore the local troubles posed by the explosive growth of undocumented immigrants, and that "immigration presents a confusing picture for the police, with various elements of the community taking adversarial positions."

· Rampant hypocrisy is a negative trend leading up to the next election. America needs immigration reform but those elected officials who could help law enforcement agencies with this problem, out of "political correctness," don't. In obedience, we ask Lord that You will give guidance to all who seek Your wisdom on how to alleviate our nation's immigration problem, and that You would turn the hearts of our law enforcement officials to You.

Police across the country should be on the lookout for what could be "dry runs" for a terrorist attack, the Transportation Security Administration advised after series of suspicious incidents occurred at U.S. airports. The TSA advisory details four incidents from the past 11 months in which screeners found unusual objects with items that could mimic bomb components in passengers' checked or carry-on bags. Airports involved included Baltimore, San Diego, Milwaukee and Houston.

· Only You, dear Lord can bring safety to a dry and wasted land that no longer depends upon You. May America once more have faith in You as her only Protector and gladly receive Your Son as her Savior! We ask for Your divine protection for all who work with airport security, the airlines and their passengers.

· "The Lord is my light and my salvation; whom shall I fear? The Lord is the strength of my life; of whom shall I be afraid? Though an army may encamp against me, my heart shall not fear; though war may rise against me, in this I will be confident." (Psalm 27: 1, 3)

· Dear God, we know that You released Iraq from satan's earthly grip so that her people might be saved for Your purposes. Please continue the good work of salvation that You have begun in the hearts of the Iraqi people and ultimately in the Middle East! We humbly ask that You will continue to protect all troops serving in Iraq, and their sending countries.

· "Being confident of this very thing, that He who has begun a good work in you will complete it until the day of Jesus Christ." (Philippians 1: 6)

A revised U.S. military plan called the "Joint Campaign Plan," envisions establishing security at the local level in Baghdad and elsewhere by the summer of 2008, although it likely would take another year to get Iraqi forces ready to enforce any newfound stability, U.S. officials said Tuesday. Developed by Gen. David Petraeus, the top U.S. commander in Iraq, and his political counterpart in Baghdad, Ambassador Ryan Crocker; the strategic plan reflects a timetable starkly at odds with the push by many American legislators to wind down U.S. involvement in a matter of months.

· Time is what we have asked of You, Lord to allow the Iraqi military and police to learn how to defend their nation from the evil one. Thank You for answering our prayers by giving strategic knowledge to our military leadership and our ambassador to Iraq. May Iraq be saved!

America and Iran engaged in heated exchanges yesterday in Iraq's government headquarters as the American ambassador to Baghdad Ryan Crocker, accused Tehran of intensifying violence against America's military despite the fact the two countries have begun groundbreaking talks on Iraq. At the second direct meeting in almost three decades, Mr. Crocker presented evidence of Iranian support for Iraqi insurgents, including training and weapons responsible for the deaths of American troops. Hassan Kazemi Qomi, his Iranian counterpart, responded that Washington's charges did not withstand scrutiny.

· We ask You, God, to please continue to reveal the truth about all aspects of Iran's involvement in Iraq. Please cut off any and all Iranian aid to violent Iraqi militias who seek to destroy Iraq.

· "Do they not go astray who devise evil? But mercy and truth belong to those who devise good." (Proverbs 14: 22)

· Could this unusually quiet vist to the White House by the King of Jordan signal a new phase in the president's dialogue with leaders in that region? We praise the Lord that we serve a "king" (President Bush) who walks in wisdom and who knows how to set boundaries around a very intrusive media. Intercede that all plans and purposes of this meeting yesterday between these two world leaders would bring forth fruit according to the Will of God -- and would be a true blessing to Israel. Praise Him that a new day in U.S. policy over there may be dawning!!

· 'Remember ye not the former things, neither consider the things of old. Behold, 1 will do a new thing; now it shall spring forth; shall ye not know it?' (Isaiah 43:18-19) 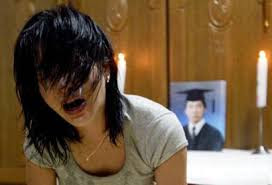 Afghan police discovered the bullet-riddled body of a South Korean hostage Wednesday as the Taliban reportedly released eight other abductees who were taken to a U.S. military base, officials said. The South Korean hostages, including 18 women, were kidnapped last Thursday while riding a bus through Ghazni province on the Kabul-Kandahar highway, Afghanistan's main thoroughfare. Fourteen Koreans apparently remain in Taliban hands.

Because of a recent spike in kidnappings - including an attempt against a Danish citizen Wednesday - Kabul police announced foreigners were no longer allowed to leave the Afghan capital without police permission.

· Continue in prayer for the safety and the release of all remaining hostages. · "For he will command his angels concerning you to guard you in all your ways . . ." (Psalm 91:10) "Since you are precious and honored in my sight, and because I love you, I will give men in exchange for you, and people in exchange for your life." (Isaiah 43:4)
Posted by Capitol Hill Prayer Partners at 12:35 AM