"Blessed be those servants whom the Lord when he cometh shall find watching." (Luke 12:37)

1. Protestors Removed from US Senate during prayer - (CNSNews.com)

Three Christian protestors were removed from the U.S. Senate chamber's observation gallery Thursday when they disrupted the morning prayer -- being delivered for the first time in history by a Hindu chaplain.

· Father we pray that any plan of the enemy to take prayer completely out of the Senate be destroyed. We pray that you would cover this situation with forgiveness, mercy, and love on all sides.

[Please note that the protestors were not affiliated with Capitol Hill Prayer Partners.]

Rep. Tom Tancredo (R-Colo.) said he plans to introduce legislation that would overhaul the U.S. immigration system by placing tighter restrictions on legal immigration and increasing pressure on illegal immigrants currently in the country to leave.

· Father may Your wisdom prevail over the immigration issue. We continually ask Your intervention in all proposed legislation, to bring about protection for our borders, and Your justice for all.

The House Judiciary Committee battled Thursday over whether former White House counsel Harriet Miers was in contempt when she claimed executive privilege and defied a congressional subpoena to testify on the Bush administration's firing of U.S. attorneys.

· Lord we pray that You will protect the Constitution from political interference, and guard the three branches of government against any personal vendettas. We continue to pray for Harriet Miers and President Bush, that You would protect the privileges of the Executive Branch without sacrificing the need for truth in our government.

· For You shall judge the people righteously, and govern the nations of the earth. ( Psalm 67:4)

· Father we ask that You bring governmental responsibility and stability to the Iraq government quickly. Let Your Spirit move among the leadership and through the people to bring about a democracy that cannot be shaken.

Congressional investigators set up a bogus company with only a postal box and within a month obtained a license from the Nuclear Regulatory Commission that allowed them to buy enough radioactive material for a small "dirty bomb."

*Thank You, Father, for revealing the deficiencies in this licensing process before a tragedy occurred. We pray that You will continue to reveal all hidden secrets in this struggle against terrorists. *Therefore do not fear them. For there is nothing covered that will not be revealed, and hidden that will not be known. ( Matthew 10:26)

..ENEMIES WITHIN: How the United Nations supports terrorists and fuels global chaos.
The United Nations Development Program, already mired in controversy for its dealings with North Korea, now faces another scandal involving the people who spend its $5.2 billion annual budget and shut down its computerized financial management system yesterday when confronted by FOX News about their activities.

· Father continue to reveal fraud wherever it exists within all United Nations entities. Bring Your revelation and truth to bear on its activities and let Your Holy Spirit move through its members to change their hearts.

U.S. intelligence analysts have concluded al-Qaida has rebuilt its operating capability to a level not seen since just before the Sept. 11 terrorist attacks, The Associated Press has learned.

· As watchmen on the wall, let us not drop the ball now, but let us instead remain ON WATCH, crying out for the protection of our nation, and asking our Lord to grant His wisdom to those in authority over us who are charged with keeping all of us safe in our homes and in our cities. Watch and pray!

· "He who scatters has come up before your face. Man the fort! Watch the road! Strengthen your flanks! Fortify your power mightily." (Nahum 2:1) 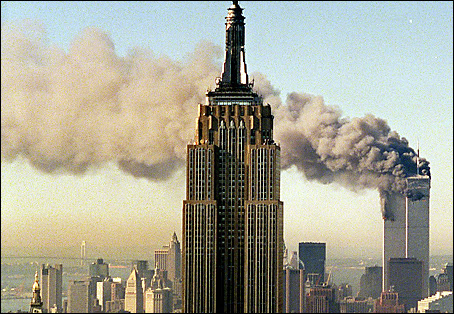 .. Remember who we are dealing with . . .
Muslims and evangelical Christians are talking -- at least behind closed doors at the Egyptian Embassy -- according to several guests at a top-secret lunch last week. [To view the original article, go here.]

· Pray that God's perfect will be done through the results of this key dialogue. 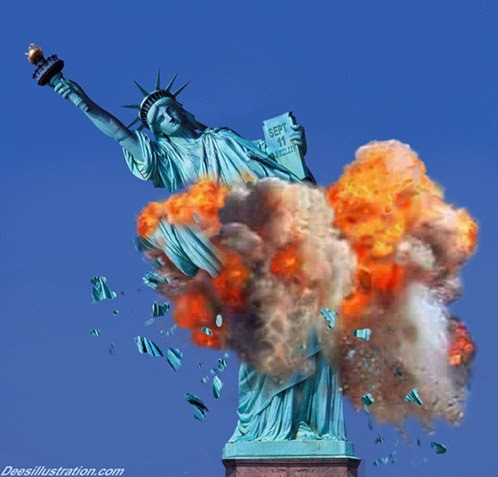 .. BEFORE SOMETHING REALLY BAD HAPPENS
Senior law enforcement officials said today that the growing signs of a "Summer of '07" terror attack on the U.S. have led the FBI to dispatch dozens of agents to track down new leads across the country. Dozens of FBI agents have been given a two-week deadline to run down more than 700 leads on an FBI "worry list," developed in the wake of the failed attacks in London and Glasgow. The list includes some 100 specific leads in the New York area, senior law enforcement officials also told ABCNews.com.

· This is one time when prayer can REALLY make a difference!! Ask our Lord to grant great success to these agents as they race to pursue the new leads that have surfaced since the bombings in London and in Glasgow. Every hidden thing CAN be revealed and these terrorists CAN be stopped!

· "He reveals the deep things of darkness and brings deep shadows into the light." (Job 12:22)
Posted by Capitol Hill Prayer Partners at 12:14 AM