"But the path of the just is as the shining light, that shineth more and more unto the perfect day. (Proverbs 4:18)

· Praise the Lord that the voice of the American voters has prevailed - that our borders will be secured. Pray that the monies appropriated by the Senate will be affirmed by the House and will be used to increase our physical security without any watering down by irrelevant amendments. Intercessors, set the spiritual security at the borders of the USA. · "Say to them that are of a fearful heart; Be strong, fear not; behold your God will come with vengeance, even God with recompence; He will come and save you." (Isaiah 35:4)

The U.S. House of Representatives has approved a resolution prohibiting permanent American military bases in Iraq. VOA's Dan Robinson reports, Congress is already on record opposing permanent bases, but Democrats want the Bush administration to clarify its position on the matter.

· Should the USA have permanent bases in Iraq as we have had in Europe since WWII? Ask the Lord to clarify this issue in your mind. Pray over this issue in the spirit. Does "Congress" mean the 110th Congress with a Democrat majority, which has an anti- war agenda? If temporary bases, how "temporary?" We know that Islamic forces are cowed by force and have only contempt for diplomatic negotiations and "warm fuzzies." Pray. · "Cast thy burden upon the Lord, and He shall sustain thee: He shall never suffer the righteous to be moved." (Psalm 55:22) 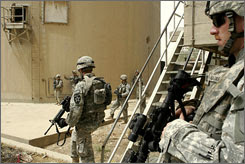 The number of U.S. troops killed in Iraq dropped sharply in July after reaching record levels in recent months, a possible sign that militants are weakening, the No. 2 U.S. commander in Iraq said Thursday.

· As results continue to be seen, demonstrating that the "surge" is taking effect, intercede that our media would report these facts, fair and square. Pray there would be no confusion in the reporting of these facts.· "But let your 'Yes' be 'Yes,' and your 'No,' 'No.' For whatever is more than these is from the evil one." (Matt. 5:37) 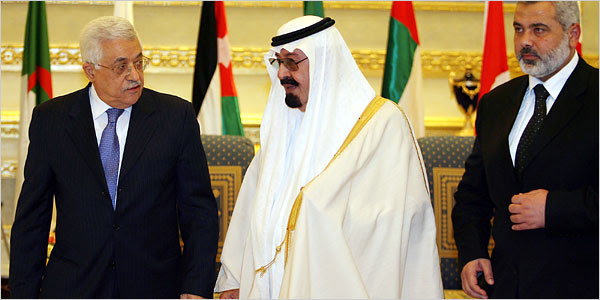 Bush administration officials are voicing increasing anger at what they say has been Saudi Arabia's counterproductive role in the Iraq war. They say that beyond regarding Mr. Maliki as an Iranian agent, the Saudis have offered financial support to Sunni groups in Iraq. Of an estimated 60 to 80 foreign fighters who enter Iraq each month, American military and intelligence officials say that nearly half are coming from Saudi Arabia and that the Saudis have not done enough to stem the flow.

· Pray that this tie between the USA and Saudi Arabia will be severed by the Lord. We do not need deception as an ally to our efforts to defeat the forces of terrorism. Empty promises on the part of the Saudis are just that - empty. Praise the Lord for another exposure of hidden agenda of the Wahabbi mullahs who have power in Saudi Arabia. · "Lying lips are an abomination to the Lord: but they that deal truly are His delight." (Proverbs 12:22)

The chairman of the Federal Communications Commission has waded into the debate over the Fairness Doctrine by telling lawmakers that he see "no compelling reason to reinstate" the broadcasting regulation. His stance drew criticism from a liberal media analyst.

· Offer praise for this report. Yes, Lord! Continue in prayer that all efforts to legislate the Fairness Doctrine would come to a halt. · "The effectual, fervent prayer of a righteous man availeth much." (James 5:16)

The mayor of a Pennsylvania city has vowed to appeal a federal judge's ruling striking down a law that would fine landlords who rent to illegal aliens and deny permits to businesses that employ them. Hazleton Mayor Louis Barletta vowed to appeal the case all the way to the U.S. Supreme Court.

· Offer praise for the boldness, courage and tenacity of the mayor of Hazleton, Pennsylvania, and its citizens, who are taking a definitive stand to fight illegal immigration in their city. May others follow suit! Pray for favor for the city of Hazleton as this decision is appealed. · "Therefore take up the whole armor of God, that you may be able to withstand in the evil day, and having done all, to stand." (Eph. 6:13)

· Pray for success in this operation, and pray for continued good health for Vice President Cheney. · "Therefore I exhort first of all that supplications, prayers, intercessions, and giving of thanks be made for all men, for kings and all who are in authority, that we may lead a quiet and peaceable life in all godliness and reverence. For this is good and acceptable in the sight of God our Savior, who desires all men to be saved and to come to the knowledge of the truth. (I Tim. 2:1-4) 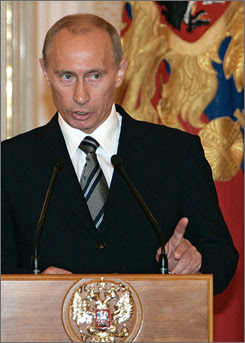 · What a friend we have in Jesus but certainly not in Mr. Putin and the leadership of Russia. Pray for Mr. Putin's soul, for he is exposing his feigned friendship with President Bush and the USA. Russia can step up spying as can the USA and her allies, but the Lord sees all. · "There is a way which seemeth right unto a man, but the end thereof are the ways of death." (Proverbs 14:12)

The "JESUS" film reached a major milestone in July when it debuted in its 1,000th language, Lanka Kol, spoken by more than 1 million people in India.

· Hallelujah! Our God is able to perform great miracles! If He could create thousands of languages at the Tower of Babel, He is surely able to send the message of His Son to the world. Give fervent praise. · "So shall My Word be that goeth forth out of My mouth: it shall not return void, but it shall accomplish that which I please, and it shall prosper in the thing whereto I sent it." (Isaiah 55:11)
Posted by Capitol Hill Prayer Partners at 2:11 AM