(Note: All items below were quoted from the "Israel Current News Update with Prayer Focus", published every Friday by Bridges for Peace. Each one is an excerpt of the original.) 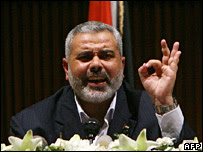 A month after his party's takeover of Gaza, the Damascus-based Hamas leader, Kahled Mashaal, yesterday [July 10] proposed an initiative for resuming talks with its Fatah rival. Mashaal's proposal calls for forming one independent security apparatus in Gaza that is neither pro-Fatah nor pro-Hamas before the resumption of the parties' dialogue, which he suggested to be under the direct supervision of some Arab states.

After reaching a deal on forming a new unity government, Hamas would retain for the new force all security headquarters that it has occupied in Gaza. The proposal also stated that any apology to the Palestinian people should be made by both parties, while, at the same time, refusing Fatah's call for holding early presidential and legislative elections in the territories. (The Media Line)

· Now Fatah is attempting to look legitimate by labeling Hamas as "murderous terrorists," as though Fatah is not guilty of being the same. Pray that the world will not be blinded by such propaganda. Pray that God will free the citizens of Gaza and the West Bank [Judea and Samaria] from the wickedness that robs them of a peaceful and prosperous life.

· "Wash yourselves, make yourselves clean; put away the evil of your doings from before My eyes. Cease to do evil, learn to do good; seek justice, rebuke the oppressor; defend the fatherless, plead for the widow" (Isaiah 1:16-17). He is serving five life sentences [convicted in 2004] for the murder of Israeli Jews and the attempted murder of more. His hands are positively soaked in blood. But Marwan Barghouti may indeed soon be set free to take his place as the wildly popular leader of Fatah's young guard. His release would largely be attributed to the leftist political camp in Israel, which regards the cold-blooded murder of fellow Jews as understandable and even justifiable, and which consistently promotes the "Palestinian" side while denigrating their own. (Jerusalem Newswire)

· Amazingly, Barghouti still leads and advises the Palestinians from his Israeli prison cell. Pray that Israel will not allow him to have any authority or power as a prisoner and bring a stop to the freedom they have allowed him. Pray that they will never agree to release him.

· "By the blessing of the upright the city is exalted, but it is overthrown by the mouth of the wicked " (Proverbs 11:11).

3. More Signs War with Syria Is on the Way

Tensions crept higher in the Middle East Saturday [July 7] through Monday, building on the already swirling rumors that another Arab-Israeli war is being set to wrack the region this summer. Israelis learned Monday that a "top official" in the Ba'ath Party of Syrian President Bashar al-Assad had threatened Syrian fighters would commence "resistance" operations against Jewish communities on the Golan if Israel does not relinquish those heights by September. (Jerusalem Newswire) · Pray that the people of Israel will turn to the Lord, humble themselves before the Lord, and pray the prayer of King Hezekiah of old, when he faced the king of Assyria. 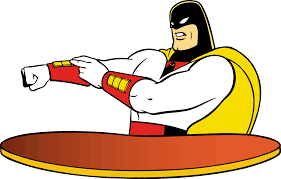 Allies of Iran's controversial President Mahmoud Ahmadinejad have accused the media of trying to depose him in a "creeping coup," raising fears of a fresh clampdown on opposition newspapers and Web sites. The accusation, from the president's allies, coincides with disclosures that Ahmadinejad has authorized his aides to establish a special team to counter "black propaganda against the government."

There has been criticism from the reformist and liberal press that the president has failed to deliver his electoral promises of prosperity and has instead presided over an ailing economy and soaring inflation. Mohammad Jafar Behdad, Ahmadinejad's communications adviser, said the government would "come out of its shell" to strike at its enemies. "We know our adversary, and we are going to keep on defending the government against the dirty lies," he told "Fars" news agency. (World Jewish Congress)

· Pray that the moderates of Iran will be able to bring down the Ahmadinejad government, that they will rise up against his threats to clamp down on the opposition and curb their freedoms.

· "May the LORD cut off all flattering lips and the tongue that speaks proud things, who have said, 'With our tongue we will prevail; our lips are our own; who is lord over us?' 'For the oppression of the poor, for the signing of the needy, Now I will arise,' says the LORD; 'I will set him in the safety for which he yearns'" (Psalm 12:3-5).
Posted by Capitol Hill Prayer Partners at 1:09 AM