Seventy percent of the Israeli Jewish public presently supports a peace agreement with the Palestinians based on the "two states for two peoples" formula, but a clear majority believes that this is not achievable in the near future. 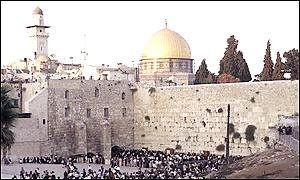 Hamas attempts to take over control of the Temple Mount as well as spread its ideology and recruit new members in Jerusalem has been foiled by the Shin Bet (Israel Security Agency,) senior security official announced Monday. 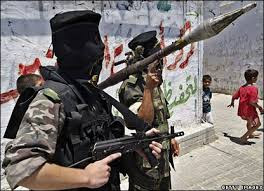 Prime Minister Ehud Olmert on Sunday said the Israel Defense Forces would push forward with the latest crackdown on Palestinian militants, despite Israel's warming ties with the new Palestinian government in the West Bank.

Palestinian infighting has moved from the streets to the TV set, as rival factions Fatah and Hamas carry out smear campaigns against each other through their local channels in the West Bank and Gaza.

While the Dead Sea is empty of living creatures except for the occasional floating bather, growing security concerns of potential terror infiltrations from Jordan have led the IDF to mull the deployment of Navy patrol ships in the salty waters.
Posted by Capitol Hill Prayer Partners at 3:50 PM