1. 'War with Syria will be 10 times worse than with Hizbullah' - Jerusalem Post

Predicting that war with Syria could erupt if Prime Minister Ehud Olmert does not begin peace negotiations with Damascus, the latest IDF assessment also states that such a conflict would be "at least 10 times worse" than last summer's conflict with Hizbullah.

Sheikh Nabil Kaouk, Hizbullah's leader in south Lebanon said on Tuesday that the IDF does not have the ability to face his party another time. 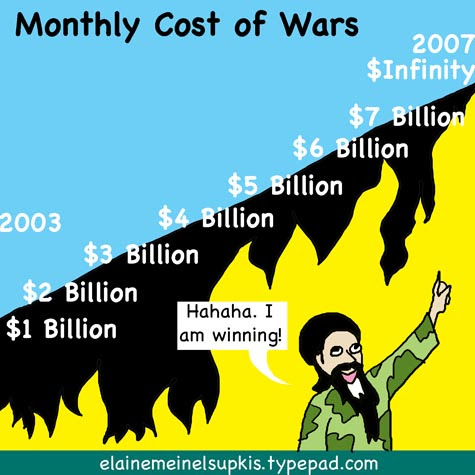 The debate is heating up over whether to cut NIS 480 million from the security budget, ahead of the national security cabinet meeting Wednesday morning.

Syria has rejected Israeli Prime Minister Ehud Olmert's request to hold peace talks with President Bashar Assad, according to reports yesterday. In a historic interview with a Saudi satellite station on Monday, Olmert invited Assad to Jerusalem for talks but Damascus rejected the offer, saying that Olmert was not serious. Israeli Public Security Minister Avi Dichter told Army Radio that Olmert however, does indeed want a resumption of negotiations with Syria and his offer was "genuine and real." Dichter was not optimistic that Assad would agree to any talks though. "Bashar Assad apparently has other plans than making peace with Israel," he said. "And now we will listen and wait."
Posted by Capitol Hill Prayer Partners at 10:47 PM