The sins of a nation drew an estimated 55,000 believers to Nashville July 7 to convene a "solemn assembly" and pray for spiritual awakening among America's young people.

· Pray that this generation of youths will be according to Melchizedek - righteous, faithful, and the image of God's Spirit! And that they will not be slack to do what the Lord is telling them to do as our generation was!

· The Lord has sworn And will not relent, "You are a priest forever According to the order of Melchizedek." (Psalms 110:4)
- CBN News 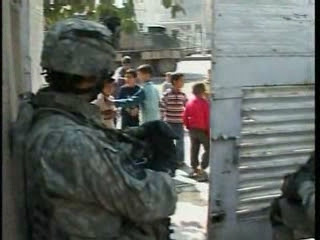 Democrats eyeing universal health care>
Senate leaders are planning once again to flood the President's desk with anti-war measures, even as Iraq's foreign minister warned that a swift U.S. pullout could result in civil war.

· As Congress prepares to address these bills, continue to pray in the Spirit over all matters related to this complex, difficult but winnable war. Ask our Lord to make a way where there seems to be no way to achieve a noble end to this war. Praise God for the prayers of the saints, that avail much!

In a conference call in January, the health-care debate within the Democratic Party played out before former senator John Edwards of North Carolina, who was in search of policy advice for his presidential campaign, and his wife, Elizabeth.

· Pray that God's wisdom will guide everyone involved in the discussion and the decisions made regarding universal health care so that His will and plans will be done! For the Lord has great plans for us!

· Beloved, I pray that you may prosper in all things and be in health, just as your soul prospers. (3 John 1:2) The United States could deploy a system to protect an area ranging from Washington to Boston from sea- based cruise-missile attacks within 14 months at a cost of "several billion dollars," a top Lockheed Martin Corp. executive said on Monday.

· Pray that everything needed to protect us and our interests will be put into place quickly and without any hindrances. Pray that our enemies will not be able to break into our systems. Pray for all who would try to hurt us to be saved!

· The Lord is my rock and my fortress and my deliverer; The God of my strength, in whom I will trust; My shield and the horn of my salvation, My stronghold and my refuge; My Savior, You save me from violence. (2 Samuel 22:2, 3)

Syria has called on its citizens to leave Lebanon ahead of an expected "eruption" in that country, Arab and Iranian press reports have said.

· Father God, we bring this news before Your Throne of Grace, and we thank You that You are in control. We ask You to send forth your heavenly hosts to block the plans of violence that are being fomented against the people of Lebanon, and we bind the spirit of murder that is "behind" those plans, in Your Mighty Name. We pray for the protection of the Christians in Lebanon, Iraq, and Afghanistan. May they be granted favor in those nations, so that the gospel will continue to be spread throughout the Middle East. We ask all of this in Jesus' Name, amen.

Prominent Shiite and Sunni politicians called on Iraqi civilians to take up arms to defend themselves after a weekend of violence that claimed more than 220 lives, including 60 who died Sunday in a surge of bombings and shootings around Baghdad.

· Pray that God will intervene in the hearts and minds of the Iraqi people to desire peace and to protect their families and not turn against the American soldiers and the coalition. Pray that the people of the Middle East will love and appreciate our soldiers!

· "Depart from evil and do good; seek peace and pursue it. The face of the Lord is against those who do evil, to cut off the remembrance of them from the earth." (Psalms 34:14, 17)

Troops in the Pakistani capital, Islamabad, have stormed a controversial mosque after talks with hardline Islamists inside broke down.

· Offer praise that this violent episode in Pakistan has come to an end. As Moslems have fought against Moslems in this battle, pray that the world would see the truth in these headlines: ISLAM IS NOT A RELIGION OF PEACE! Ask our Lord to comfort those who mourn; and to bring all to the saving knowledge of His Son, our Messiah, Jesus Christ our Lord. Amen.

· "And we know that all things work together for good to those who love God, to those who are the called according to His purpose." (Romans 8:28)
Posted by Capitol Hill Prayer Partners at 12:47 AM