At least 15,000 people were killed in the Myanmar cyclone and the toll was likely to rise as officials made contact with the worst-hit areas, the military government's foreign minister said on Tuesday.

· Heavenly Father, we pray that these people will be comforted. We pray that You will cover them and the authorities will quickly organize themselves so they can minister to the people. Let the Holy Spirit be there to bring good among the hurting, sick and dying.

· "Yea, though I walk through the valley of the shadow of death, I will fear no evil; For You are with me; Your rod and Your staff, they comfort me." (Psalms 23:4)

President Bush has called on Myanmar's military junta to allow the United States to help with disaster assistance after a devastating cyclone. "The United States has made an initial aid contribution, but we want to do a lot more," Bush told reporters gathered in the Oval Office as he signed a bill to give a Burmese activist the nation's highest civilian honor. "We're prepared to move U.S. Navy assets to help find those who have lost their lives, to help find the missing, to stabilize the situation. But in order to do so, the military junta must allow our disaster assessment teams into the country," Bush said. "So our message is to the military rulers: let the United States come and help you help the people," Bush said.

· Offer praise to the LORD that our nation is still one that is always there to help others, when in need. May our light shine in others' darkness, and may God use this disaster to draw many unto Him. The country's economic growth during January through March was the same as in the final three months of last year, the Commerce Department reported Wednesday. The statistic did not meet what economists consider a definition of a recession -- which is a contraction of the economy. This means that although the economy is stuck in a rut, it is still managing to grow, even if slightly.

· Thank You, Lord, for hearing our prayer for the economy. We pray that You will continue to grow our economy just as You grew our economy after 9/11. Let everything start to settle down after the foreclosures and weakened dollar. We ask You to restore what the locust has eaten, in Jesus' Name. Amen.

· "Behold, God is my salvation, I will trust and not be afraid; 'For Yah, the Lord, is my strength and song; He also has become my salvation.' " (Isaiah 12:)

· Lord, You have in control everything that goes on here on earth. Nothing is too difficult for You. We thank You that You are in control of this oil supply. We pray our elected officials will be given wisdom in writing legislation to sustain our energy supply; and we ask for wisdom for those who might create new inventions, relieving all of us of our dependency upon oil.

· "I wisdom dwell with prudence, and find out knowledge of witty inventions." (Proverbs 8:12) 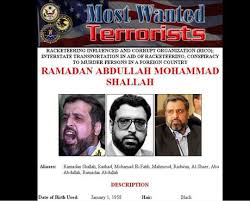 FBI Director Robert Mueller said last week that the FBI has uncovered small groups of Al Qaida terrorists in the United States, although he declined to provide details.

· We are grateful to You Lord for having this news brought to light! And we are grateful that You have caused our U.S. Moslem community to reveal these activities. We pray that they will continue to work with us to catch these terrorists! Thank you, Lord, for this answer to prayer; and we ask You to touch the hearts of the people of Islam, that they might find new life in You. Amen.

· "For the Lord God is a sun and shield; The Lord will give grace and glory; No good thing will He withhold From those who walk uprightly. O Lord of hosts, Blessed is the man who trusts in You!" (Psalms 84:11, 12)

A new type of treatment that trains immune system cells to better recognize the AIDS virus may help control the deadly and incurable infection, Australian researchers reported on Friday.

· · We pray that this new vaccine will be a means of leading to a permanent vaccine. We pray especially for the babies that have been affected by this disease, that they be healed. We lift up those who are engaged in acts of perversion, making them susceptible to AIDS; and we ask that You would visit them, bringing them to conviction of their sin, and deliverance from the grip of the enemy. May they all be saved, through Yeshua's blood, amen. 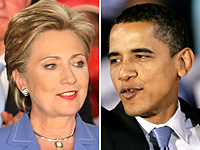 Barack Obama will win today's primary in North Carolina, giving him a larger share of its 115 delegates, CNN projects. It's still too early to call the race in Indiana, where Hillary Clinton hopes to pick up more of the 72 delegates at stake. Obama told N.C. supporters they had "overcome the politics of division."

· As these primaries roll on, thank our Lord that He knows the end of things from the beginning. Let's continue to praise Him, one day at a time, and thank Him that He holds the future in His Hands.

"Let the saints be joyful in glory: let them sing aloud upon their beds. Let the high praises of God be in their mouth, and a two-edged sword in their hand; To execute vengeance upon the heathen, and punishments upon the people; To bind their kings with chains, and their nobles with fetters of iron; To execute upon them the judgment written: this honour have all His saints. Praise LORD." (Psalm 149:5-9)

[Please note: Source for all headlines below is ICEJ News.}

1. Rice in Israel to push along peace talks US Secretary of State Condoleeza Rice returned to Jerusalem over the weekend as part of her on-going efforts to broker a major peace deal before leaving office, but reports indicate a dispute over proposed border maps submitted by Israel angered the Palestinians.

According to top Israeli officials on Sunday, peace talks with the Palestinians are expected to be in limbo until Prime Minister Ehud Olmert deals with the latest criminal probe against him, which is described by legal sources as very serious.

3. IDF imposes closure on West Bank ahead of Israeli holidays

Defense Minister Ehud Barak has ordered the IDF to impose a full closure on the West Bank ahead of Israel's 60th Anniversary celebrations amid warnings that Palestinian militias are planning to carry out "quality" terror attacks to ruin the Israeli observances. The festivities will first be preceded by the more somber Remembrance Day for the Fallen of Israel's Wars, which begins with a nationwide siren on Tuesday evening. The 60th birthday celebrations kick-off the next evening. The security establishment has received a number of specific warnings and dozens of general ones regarding possible attempts by terror organizations, particularly in northern Samaria, to carry out suicide bombings and kidnappings. The warnings also relate to the possible terror attacks emanating from Gaza.

4. Israeli and US flags burned during Italy rally 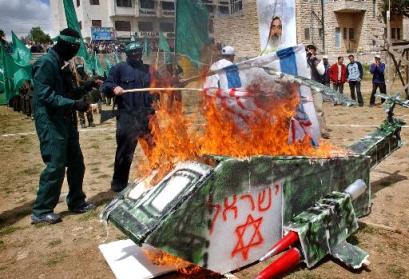 Some 30,000 pro-Palestinian activists burned US and Israeli flags during a mass rally on Thursday at Turin's San Carlo Square, reported the Italian daily Corriere della Sera. The flag burning was condemned by Italy's Jewish leaders in the area and most of the rally participants scattered after the incident.

The head of MI6, Sir John Scarlett, is to visit Israel later this month as Britain forges closer links with Mossad, the Israeli intelligence service.

2. US accuses Hizbullah of training Iraqis, in Iran - Ynet News Iraqi Shiite extremists are being trained by members of the Lebanese terror group Hizbullah in camps near Tehran, a US military spokesman said Monday.

Iran remained the world's "most active" state sponsor of terrorism as it tries to build regional influence and drive the United States from the Middle East, a US government report said Wednesday.

A second American aircraft carrier steamed into the Persian Gulf on Tuesday as the Pentagon ordered military commanders to develop new options for attacking Iran. Villagers in India's state of Madhya Pradesh on Saturday, May 3, recalled that exactly one month ago a local Christian leader was killed because his faith in Christ was wrongly understood, BosNewsLife monitored.

Former police and security officers in North Korea told a U.S. government body that their superiors had instructed them to play the role of Christians and infiltrate "underground" prayer meetings in order to incriminate, arrest, imprison and sometimes execute believers in North Korea.

The Hindu nationalist Bharatiya Janata Party (BJP) in Gujarat state has implemented an "anti-conversion" law passed in 2003, increasing Christians' fears that it will open the door to false accusations by Hindu extremists.

Macedonia's controversial new Religion Law was due to come into force Thursday, May 1, a move rights groups say is designed to prevent the Serbian Orthodox Church of gaining legal status and could target unregistered Christian groups and congregations.

Posted by Capitol Hill Prayer Partners at 12:05 AM