Hundreds of gay couples were set to have the same legal protections as married couples Monday, as a law making New Jersey the third state in the nation to offer civil unions was to take effect.

• Pray for the veil of deception to be removed from the eyes of New Jersey citizens, especially from the eyes of the state's legislators. Like Massachusetts, this is another of the 13 original states to legitimize homosexual unions; pray for protection against this issue over the rest, for we can see where this "union" tactic is going. • "For God hath not called us unto uncleanness but unto holiness." ( as individuals, states, nation) (1 Thessalonians 4:7)

2. Democrats weigh their next move to try to rein in Bush - Int'l Herald Tribune

A day after falling short of issuing a rebuke of Bush administration policy in Iraq, Senate Democrats said Sunday that they would try moving next to restrict the president's authority to wage war, forcing American troops to shift from combat missions to a supporting role.

• Offer praise for the bold and largely unexpected vote in the U.S. Senate on Saturday, which effectively shut down the House's non-binding resolution to oppose President Bush's "troop surge" in Iraq. Pray that voices of reason, not vindictive condemnation, multiply in the Senate. God's plan for President George W. Bush is not yet fulfilled. • "The heart of the wise teacheth his mouth, and addeth learning to his lips." (Proverbs 16:23)

Guantanamo Bay detainees may not challenge their detention in U.S. courts, a federal appeals court said today in a ruling upholding a key provision of a law at the center of President Bush's anti-terrorism plan.

• Praise God that terrorist detainees may not use legalistic trickery to gain rights that they do not have, have not earned, and would not grant to Americans imprisoned in their countries. Pray for justice and righteousness for the detainees, and even more so for their salvation in Jesus Christ. Ask the Lord to send godly counselors to these detainees. • "He that handleth a matter wisely shall find good: and whoso trusteth in the Lord, happy is he." (Proverbs 16:20) 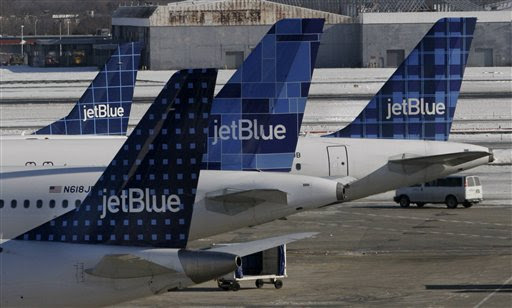 JetBlue Airways rolled out a customer bill of rights Tuesday that promises vouchers to fliers who experience delays in a move it hopes will win back passengers after an operational meltdown during last week's ice storm damaged its brand and stock price. During the storm, some passengers were stranded aboard JetBlue's aircraft for as long as 10 hours.

• Praise the Lord that some justice has been granted by one airline for basically imprisoning passengers. Praise the Lord that Americans have been so blessed to become accustomed to great comfort and ease in travel. Having rights is one of the great privileges that God has granted us, a fact that we must never forget with thanksgiving. • "Do good, O Lord, unto those that be good, and to them that are upright in their hearts." (Psalm 125:4) 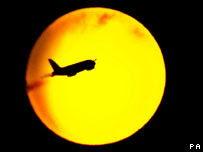 Climate science: what's new?
Hard bargaining for deal
Send us your comments
Leading international politicians at a Washington summit have reached a new agreement on tackling climate change. The two-day meeting brought together legislators from countries including the Group of Eight rich nations, plus Brazil, China, India, Mexico and South Africa. Delegates agreed that developing countries would also have to meet targets for cutting greenhouse gas emissions, as well as rich countries. The forum's closing statement said man- made climate change was now "beyond doubt". "Climate change is a global issue and there is an obligation on us all to take action, in line with our capabilities and historic responsibilities," said the statement from the Global Legislators Organisation for a Balanced Environment (Globe).

• Please know that the emphasis on global warming and climate change is part of the agenda of the New World Order. Of course, the Lord has called us to be good stewards of all He has given us, including the earth and its riches and resources. Man's wisdom and plans can do almost nothing to affect climate change. God directs the winds and rains. However, praise the Lord for this meeting's determination that all countries have responsibilities in good stewardship of the earth. • "Whatsoever is under the whole heaven is mine." (Job 41:11b)

Usama bin Laden and his No. 2 man, Ayman al Zawahiri, are rebuilding the Al Qaeda terror group along the Afghanistan-Pakistan border, but the bases are smaller and lieutenants are less experienced, a U.S. official said Monday.

• "He uncovers deep things out of darkness, And brings the shadow of death to light." (Job 12:22)
Posted by Capitol Hill Prayer Partners at 2:43 AM