The Jan. 20 attack on U.S. forces in Karbala was coordinated, sophisticated and well-timed - and now it looks like two Iraqi generals may be behind it, Fox News reported on Thursday. A convoy of SUVs drove through an American checkpoint, the occupants wearing military uniforms in an apparent attempt to impersonate Americans. The gunmen killed five American soldiers in the provincial headquarters where U.S. and Iraqi officials were meeting to discuss security measures, press reports said. 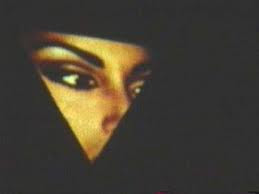 • Duplicity and deception by those entrusted with Iraqi leadership have apparently wreaked havoc in this war tragedy! Oh Lord, we pray that this will not happen again with the malicious use of our own SUV's, military uniforms and ballistics! • "Woe to the wicked! It shall be ill with him, for the reward of his hands shall be given him. The Lord will enter into judgment with the elders of His people and His princes: 'What do you mean by crushing My people and grinding the faces of the poor?' " (Isaiah 3: 11, 14a,15 NKJV)

Iranian nuclear plant in Bushehr (Archive photo) Photo: AFP
The British Times reported on Wednesday that Europe was concerned over the aggressive military stance recently voiced by Washington against Tehran, while the United States accused European allies of dragging their feet and not implementing the sanctions approved by the Security Council due to Iran's refusal to halt its nuclear activity.

• Oh Lord, we pray that the deaf and dumb spirits running rampant in our nation and in Europe will be vanquished for Your Glory! We pray for victory in Iraq, Iran and in any other area of rebellious action against You! As the Apostle Paul beseeched the Ephesians, may we walk in unity with You! • "I, therefore, the prisoner of the Lord, beseech you to walk worthy of the calling with which you were called, till we all come to the unity of the faith and of the knowledge of the Son of God, to a perfect man, to the measure of the stature of the fullness of Christ." (Ephesians 4: 1,13 NKJV)

• Please pray for wisdom for President Bush as he continue to lead America against the enemies of Israel! Jesus jpromised that we would have tribulation, but He also promises hope! • "And you will hear of wars and rumors of wars. See that you are not troubled; for all these things must come to pass, but the end is not yet. For nation will rise against nation, and kingdom against kingdom. And there will be famines, pestilences and earthquakes in various places. All these are the beginning of sorrows. But he who endures to the end shall be saved. And this gospel of the kingdom will be preached in all the world as a witness to all the nations, and then the end will come." (Matthew 24: 6-8, 13-14 NKJV)

• Dear Lord, we know in Your Word, You will not tolerate or support those who are oppressors and oppose You and Your nation Israel. May Venezuela be saved from its Congress and the tyranny of this mere mortal who seeks to be "Dictator for Life" and destroy Israel, America and all allies of Israel! • "Treasures of wickedness profit nothing, but righteousness delivers from death. The Lord will not allow the righteous soul to famish, but He casts away the desire of the wicked." (Proverbs 10: 2- 3 NKJV)

5. Meet the "Minister" Who Calls Himself Jesus Christ - MSNBC 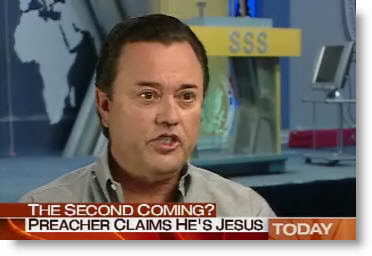 Jose Luis de Jesus Miranda is spreading his doctrine: that under a new covenant with God, there is no sin and no Satan, and people are predestined to be saved. But as his following expanded, his claims did, too. In 1998, de Jesus avowed that he was the reincarnation of the Apostle Paul. Two years ago at Growing in Grace's world convention in Venezuela, he declared himself Christ. And just last week, he called himself the Antichrist and revealed a "666" tattooed on his forearm. His explanation: that, as the second coming of Christ, he rejects the continued worship of Jesus of Nazareth.

• This is truly as Jesus predicted in the Book of Matthew that we will see "The Signs of the Times and the End of the Age." This could be just the beginning of many false prophets that we need to pray against and also warn weaker members of the body of Christ to be wary of! • "Then many false prophets will rise up and deceive many. And because lawlessness will abound, the love of many will grow cold." (Matthew 24: 11-12 NKJV)

• May this renaming of "gay marrriage" as civil unions not pass! We pray that these errant Hawaiian lawmakers will know without a doubt that in the Garden of Eden God created marriage to be between a man and a woman! • "Therefore a man shall leave his father and mother and be joined to his wife, and they shall become one flesh." (Genesis 2:24 NKJV)
Posted by Capitol Hill Prayer Partners at 1:57 AM