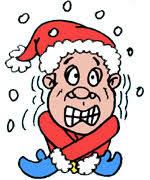 Last night it didn't take a recount to vote Al Gore the winner of two Academy Awards for his documentary on global warming, An Inconvenient Truth. Although the film received the movie industry's most prestigious award, it has yet to be celebrated (or validated) by scientists, many of whom say the former Vice President is grossly exaggerating the facts. As National Review points out, a recent U.N. Policymaker's Summary on climate change found that global warming will only be responsible for a rise in sea level of 8 to 17 inches by 2100--a number Gore inflated by over 2,000 percent. The film is also at odds with the most recent satellite imagery of Greenland where the "ice loss" has been dramatically reversed. Unlike the MovieGuide Awards I attended last week, where proclaiming the truth is a benchmark of success, Hollywood continues to honor Al Gore's distortion of facts. (Family Research Council)

Meanwhile, today, Roy W. Spencer was talking about global warming too. Spencer is a Hollywood nobody and is not in the running for an Oscar. He is not a popular fellow since he keeps talking about inconvenient facts. His only credential is that he is the principal research scientist at the Global Hydrology and Climate Center of the National Space, Science and Technology Center.

Dr. Spencer believes that Gore and others are citing as fact what is still unproven. He says this:

"The media is, almost by definition, most interested in extreme views on the issue, so reporting seldom reveals that broad scientific uncertainty still exists. In fact, a silent majority of scientists still think that global warming could end up falling anywhere between a real problem and a minor nuisance: They can see reasons for it going either way. Call them the global warming moderates."

Posted by Capitol Hill Prayer Partners at 2:12 AM