1. President Bush To Submit A Budget To Eliminate The Deficit By 2012 - Reuters

President George W. Bush said on Saturday his upcoming budget proposal would emphasize restraint on domestic spending while making defense and war costs for Iraq and Afghanistan the top priority.

Pray the Democrats will see the same vision for the economy the President is trying to accomplish and they will not block him. • "Keep me as the apple of Your eye; hide me under the shadow of Your wings, from the wicked who oppress me, from my deadly enemies who surround me." (Psalms 17:8, 9)

On the same day that Bush visited the NYSE and gave an upbeat speech at historic Federal Hall in Manhattan – “consumers are confident, investors are optimistic,” the president declared – the Commerce Department reported that the U.S. economy grew at a snappy 3.5 percent pace in the fourth quarter of 2006.

Bush said he understood Democrats' doubts about White House cooperation, but “in order to do big things, we're going to have to do it together.,” he said. Other signs of outreach: Bush regularly invites Democrats to the Oval Office and went out of his way to attend Saturday's getaway at Colonial Williamsburg, a historic district in Virginia.

• Pray that as the President tries to reach out and work with the Democrats, they will bond with him in a godly way and help him. • "For the vision is yet for an appointed time; But at the end it will speak, and it will not lie. Though it tarries, wait for it; because it will surely come; it will not tarry." (Habakkuk 2:3)

Gen. David H. Petraeus, the new U.S. commander in Iraq, is assembling a small band of warrior- intellectuals . . . in an eleventh-hour effort to reverse the downward trend in the Iraq war. They are smart colonels who have been noticed by Petraeus, and who make up one of the most selective clubs in the world: military officers with doctorates from top-flight universities and combat experience in Iraq.

• Pray Lt. Gen. Petraeus and these warrior- intellectuals he is gathering will have God’s wisdom, His favor in battles, mighty, speedy, and lasting victories; they will be “like the army of God" and it will be the turning point of victory in Iraq and the Middle East! • "Some Gadites joined David at the stronghold in the wilderness, mighty men of valor, men trained for battle, who could handle shield and spear, whose faces were like the faces of lions, and were as swift as gazelles on the mountains . . . For at that time they came to David day by day to help him, until it was a great army, like the army of God." (1 Chronicles 12:8,22)

5. U.S. Troops Are Finding And Defusing Nearly Half Of IEDs In Iraq - Aerospace Daily & Defense Report

U.S. troops are now finding and defusing nearly half of the improvised explosive devices (IEDs) in Iraq, and casualties from the devices are holding steady despite a sharp increase in the number being placed, according to the chief scientist for the Joint IED Defeat Organization (JIEDDO). This is largely due to the effectiveness of jammers that prevent the signal that arms the device, as well as improved vehicle armor.

• Praise God for His wisdom! Continue to pray that NO weapon formed will succeed against our troops and the coalitions troops! And we declare it to be so! AMEN! And AMEN! • “With him is an arm of flesh; but with us is the Lord our God, to help us and to fight our battles." And the people were strengthened by the words of Hezekiah king of Judah." (2 Chronicles 32:8) No weapon formed against you shall prosper. (Isaiah 54:17)

North Korea must live up to its pledge to fully dismantle its nuclear program, the main U.S. envoy to disarmament talks said Sunday, as news reports suggested Pyongyang may be willing to shut down a key reactor. U.S. Assistant Secretary of State Christopher Hill made the comments in Seoul, where he met South Korean officials to discuss negotiating strategies before the six-nation talks resume in Beijing on Thursday.

• "And may these words of mine, with which I have made supplication before the Lord, be near the Lord our God day and night, that He may maintain the cause of His servant and the cause of His people Israel, as each day may require . . . "(1 Kings 8:59) 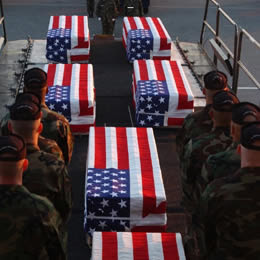 Democrats may control the Senate, but they don't always get their way, as events proved on Monday. Senate Democrats, eager to blast President Bush's plan to send 21,000 additional troops to Iraq, wanted to pass a nonbinding resolution criticizing the so- called troop surge. But on Monday, Republicans blocked Democrats from doing so. The Senate vote to cut off debate was only 49-47; 60 votes were needed to allow a vote on the resolution itself. • "Let every thing that hath breath praise the Lord." (Psalm 150:6)
Posted by Capitol Hill Prayer Partners at 8:24 AM