Israeli and Palestinian leaders are embroiled in a bitter dispute over what topics should be on the agenda of next week's trilateral summit. The summit, involving Prime Minister Ehud Olmert, Palestinian Authority Chairman Mahmoud Abbas and U.S. Secretary of State Condoleezza Rice, is scheduled to take place in Jerusalem on Monday.

With dozens of tunnels being dug across the Philadelphia Corridor - between the Gaza Strip and Egypt - an IDF officer has told The Jerusalem Post that he believes it is only a matter of time before Palestinians in the West Bank also begin using tunnels in attacks against Israel.

3. Haniyeh to resign as prime minister within 4 days - Jerusalem Post 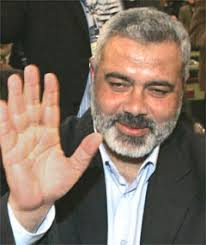 Palestinian Authority Prime Minister Ismail Haniyeh of Hamas said Monday that he planned to step down within four days, as part of his coalition agreement with the rival Fatah movement of PA Chairman Mahmoud Abbas. 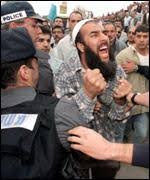 The Higher Arab Monitoring Committee called on Saturday for the international community’s immediate intervention in Israel’s construction works at the Mugrabi Gate in Jerusalem’s Old City, near the al- Aqsa Mosque.

A senior Hamas official said Thursday that Saudi Arabia promised $1 billion in aid to the Palestinians after Hamas and Fatah delegates reached a breakthrough.

While members of the U.S. House of Representatives take turns weighing in on President Bush's planned troop surge in Iraq, the focus in Iraq is not on the arrival of more U.S. troops, but the departure of one of the country's most powerful men, Moqtada al Sadr and members of his army. According to senior military officials, al Sadr left Baghdad two to three weeks ago and fled to Tehran, Iran, where he has family.

Sources believe al Sadr is worried about an increase of 20,000 U.S. troops in the Iraqi capital. One official told ABC News' Martha Raddatz, "He is scared he will get a JDAM [bomb] dropped on his house." Sources say some of the Mahdi army leadership went with al Sadr.
Posted by Capitol Hill Prayer Partners at 9:41 PM