"Worship the LORD in the splendor of His holiness; tremble before Him, all the earth." (Psalm 96:9) 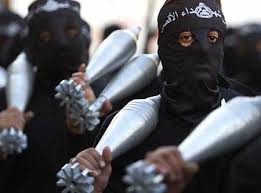 Israel's intelligence community has determined that Iran was financing the daily Palestinian missile attacks against the Jewish state. Officials said Iran has pledged to pay thousands of dollars for each missile strike from the Gaza Strip into Israel. They said the size of the Iranian payment depended on whether there were Israeli casualties or injuries.

Senior Arab officials on Thursday evening expressed their desire "to advance together toward recognition and normalizing relations with Israel ."

Hamas accused the United States on Thursday of trying to thwart European efforts to ease an economic blockade of a new Palestinian unity government.

5. Olmert: My vision is a Palestinian state - Ynet News

Speaking at the annual press conference hosted by the Foreign Press Association in Jerusalem on Wednesday Prime Minister Ehud Olmert stressed that while the political platform he built his premiership campaign on – the realignment plan which would have seen the evacuation of most of the settlements in the West Bank - has faded due to 'changed circumstances', his vision for the near future included the formation of an independent Palestinian state living side-by-side in peace with Israel.

Hamas's Qassam Brigades have declared an end to a ceasefire with Israel, according to a statement released on Wednesday evening.
Posted by Capitol Hill Prayer Partners at 9:39 PM