2. Police on high alert ahead of Friday prayers - Ynet News

Police increased security levels throughout the country, and particularly in Jerusalem, in light of growing tensions surrounding excavation works near the Temple Mount.

An Israeli archeologist said Wednesday that he has pinpointed the exact location of the Second Jewish Temple on the Temple Mount.

National Infrastructures Minister Binyamin Ben-Eliezer said Thursday that it was "not impossible" that summer 2007 would see another conflict in the North, one in which Syria was also involved. According to Ben-Eliezer, the IDF was not prepared for such a war. 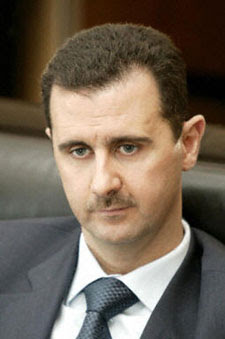 All media sources reported today on the tentative agreement struck between the warring Palestinian Hamas and Fatah factions after just one day of negotiations in Mecca. Following a Saudi Arabian pledge of $1 billion to the Palestinian Authority if a deal could be reached, the two parties signed on to the somewhat vague agreement. The deal includes a highly ambiguous promise that the Hamas terror party will "respect" all previous agreements signed between the PLO and Israel, but does not address the other two requirements for gaining international recognition and ending the aid embargo - renouncing violence and recognizing Israel's right to exist. Click Here for the text of the Mecca Accord for the PA coalition government.
Posted by Capitol Hill Prayer Partners at 12:55 AM