President Bush asked Congress on Monday to slash taxes by $1.9 trillion over the next decade, cementing his first-term tax cuts while changing the way health insurance is taxed. "Well-timed, pro- growth tax policies helped create the right climate for innovation and entrepreneurship," powering a resilient economy, Bush said in his budget message. The president called for a change in the way the tax code treats health insurance as part of a complex plan to expand coverage to the uninsured. Bush's budget said it would "level the playing field for Americans who purchase health care individually rather than through their employers."

• Lord, we pray that President Bush's budget will accomplish all that it should, and that Your wisdom will prevail over it. We continue to ask for Your mercy over the deficit, the tax cuts, and the need for health care to those who cannot afford it. • "If any of you lack wisdom, let him ask of God, that giveth to all men liberally." (James 1:5)

President Bush Monday called for renewal of the No Child Left Behind Act as part of his fiscal 2008 budget plan. The $2.9 trillion spending blueprint calls for establishing a national expectation that all high school students will graduate on time and be prepared for college or the workplace.

• Lord we pray that the academic excellence of our children be strong. We ask that all students regardless of status in life be granted access to higher learning of high quality. Thank You for this part of the budget and ask that You oversee it with Your wisdom. • "Train up a child in the way he should go: and when he is old he will not depart from it." (Proverbs 22:6)

Secretary of State Condoleezza Rice announced the creation of the task force, to be headed by Undersecretary of State Paula Dobriansky and including the State Department's top Middle East and Iraq officials. The team will coordinate US assistance for Iraqi refugees and internally displaced persons and "devise strategies for Iraqis at risk because of their work with the US government," Rice spokesman Sean McCormack said. "Certainly we want to do everything we can to encourage those Iraqis who are going to be critical to help rebuilding their country stay in Iraq and invest in their future," he said. "At the same time, you also want to honor the service of those individuals who in many cases have risked their lives to help us out."

• Lord we thank You that leadership has seen the need for protection assistance to those who have been placed at risk in Iraq. We ask that You reveal Your plan to them. We ask that Your Spirit hover over the refugees, and all in Iraq so that the nation will not continually be divided. Intervene in the hearts of all Iraqis to bring about stability and peace. • "Those who plant seeds of injustice will harvest disaster, and their reign of terror will end." (Proverbs 22:8 NLT) 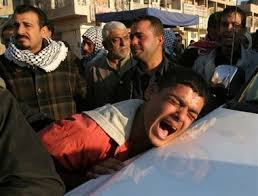 An Iraqi general took charge of the security operation in Baghdad yesterday as Iraqi police and soldiers manned new roadblocks – initial steps indicating the start of the anticipated joint operation with American forces to curb sectarian bloodshed. The White House said the new strategy was going about as well as could be expected. "This is not a problem that's going to be solved overnight," spokesman Tony Fratto said. "This plan is intended to bring long-lasting security to Baghdad. It's going to take some time to put all of the elements in place."

• We ask, Lord, that this new plan for peace in Iraq be effective. We bind the spirits of hatred, murder, anti-semitism, and division that dominate the area. We place the Blood of Jesus over the people, and the cross of Christ between the plans of the enemy and the plans of God. We ask Your mighty host of Heaven be dispatched to assist the troops in bringing true peace to Iraq. • "From one man He created all the nations throughout the whole earth. He decided beforehand which should rise and fall, and He determined their boundaries. His purpose in all of this was that the nations should seek after God. . ." (Acts 17:26-27 NLT)

5. House Set to Vote Next Week on Iraq Resolution - (CNSNews.com)

Fresh on the heels of the Senate's failure to pass a resolution condemning President Bush's troop surge plan, House Democrats announced Tuesday the chamber would vote next week on a nonbinding measure opposing the troop increase.

• Lord thank You that the Senate version of this resolution failed. We bind the spirit of disunity that is pervading our Congress. We ask that in Your mercy, You would stand as a pillar of fire between us and our enemies, that they would be blinded to our weaknesses. Fight for us, O God, and give us grace in this time of need. • "Let us therefore come boldly into the throne of grace, that we may obtain mercy, and find grace to help in time of need." (Hebrews 4:16)

The United States will push for more U.N. Security Council sanctions against Iran if Tehran continues to ignore council demands for suspension of the country's uranium enrichment program, the State Department said Monday. Department spokesman Sean McCormack said Iran appears to be continuing "down the path of isolation" by its recent announcement of stepped up installation of centrifuges that process uranium gas into fuel that can be used for weapons or generating energy. McCormack said the U.S. would seek "incremental" sanctions at the U.N. should the standoff continue, though he did not specify what they might be or the exact timing of any action.

• We ask, Lord, that sanctions be implemented against Iran that will create so much pressure that this regime cannot stand. We ask that You raise up the Iranian people to force the radical Islamists from power. • "And He changeth the times and the seasons: He removeth kings and setteth up kings." (Daniel 2:21)

7. U.S. Negotiator Says North Korea "Must Get Out Of The Nuclear Business Entirely" - AP 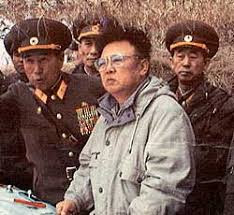 North Korea must get out of the nuclear business if it wants energy or economic aid, the chief U.S. negotiator said Monday, adding he believed the North was prepared to negotiate at the coming arms talks in Beijing.

• Lord we ask that You direct all negotiations with North Korea. We pray that all hidden secrets be revealed to the world, and that You bring confusion over any and all plans to use this nuclear weapon. • ". . .Who will bring to light the hidden things of darkness,and will make manifest the counsels of the hearts . . ." (1 Corinthians 4:5)
Posted by Capitol Hill Prayer Partners at 11:59 PM