Secretary of State Condoleezza Rice plans a series of three-way meetings with Israeli and Palestinian leaders in a major shift of US efforts to broker a peace deal and establish a Palestinian state, a senior US official said. "Our expectations are that this is an initial opportunity for these two leaders to start a discussion about those issues that would concern the framework of a possible Palestinian state," said Rice's spokesman, Sean McCormack. 'It is their first opportunity to discuss these in more than six years,' he said, referring to a breakdown in peace negotiations since a Palestinian uprising against the Israeli occupation erupted in late 2000." THE MEETING IS SCHEDULED TO TAKE PLACE ON MONDAY, FEB. 19 IN JERUSALEM.

• Dear Lord, may You give the Palestinians a homeland and may they understand that You gave the land of Israel to the Israelites thousands of years ago. May they understand by Your supernatural powers, that if they do not stop contesting the ownership of all of Israel, that they are jeopardizing their very lives! We pray that they as children of Abraham and Ishmael be saved! • When God Commissioned Joshua, He gave the Israelites the land of Israel. "After the death of Moses the servant of the Lord, it came to pass that the Lord spoke to Joshua the son of Nun, Moses' assistant, saying: 'Moses, My servant is dead. Now therefore, arise, go over this Jordan, you and all this people, to the land which I am giving to them--the children of Israel. Every place that the sole of your foot will tread upon I have given you, as I said to Moses. From the wilderness and this Lebanon as far as the great river, the River Euphrates, all the land of the Hittites, and to the Great Sea toward the going down of the sun, shall be your territory.' " (Joshua 1: 1- 4 NKJV)

Iran will strike against US interests worldwide if it is attacked, the country's supreme leader Ayatollah Ali Khamenei has warned. Tehran also reported Thursday that it has identified 100 spies working for the United States and Israel in border areas of the Islamic state.

• If we are contemplating war, Lord; we ask for wisdom, safety and protection for our president, military leadership, troops and equipment. Before any are destroyed, we ask You to please let all attackers of Israel know how special these people are to You, and that You will defend them in their time of need! • "Thus says the Lord: 'I will return to Zion, and dwell in the midst of Jerusalem. Jerusalem shall be called the City of Truth, the Mountain of the Lord of hosts, The Holy Mountain. I will bring them back, and they shall dwell in the midst of Jerusalem. They shall be My people and I will be their God, in truth and righteousness.' " (Zechariah 8:3,8 NKJV)

Iran has set up two cascades of 164 centrifuges each in its underground nuclear plant, laying a basis for full-scale enrichment of uranium and upping the stakes in a standoff with the West, European diplomats said yesterday.

• Our gracious Lord, mighty in power and strength, we humbly ask for protection for the world against the maniacal plans of the evil one who reigns over Iran. May this nation, for Your glory and their salvation, be set free from its own death and destruction that will descend upon it as they seek to destroy others. • "Then Jesus said to them, 'A little while longer the light is with you. Walk while you have the light, lest darkness overtake you; he who walks in darkness does not know where he is going. While you have the light, believe in the light, that you may become sons of light.' " (John 12: 35, 36 NKJV)

Defense Secretary Robert Gates was cautiously optimistic on the situation in Iraq during his appearance before the Senate Armed Services Committee on Tuesday.

• In the Book of Matthew, Jesus forbids oaths because God determines all things. We pray that the administration will not give in to critics that discourage the great work that He has begun in Iraq and the Middle East! • "But I say to you, do not swear at all; neither by heaven, for it is God's throne; nor shall you swear by your head, because you cannot make one hair white or black. But let your 'Yes' be 'Yes,' and your 'No,' 'No.' For whatever is more than these is from the evil one." (Matthew 5: 34,36,37 NKJV) 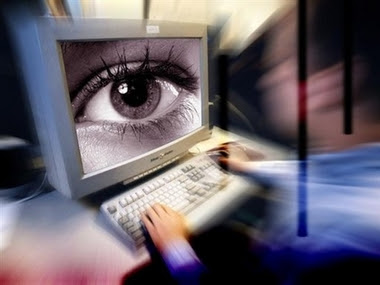 Hackers briefly overwhelmed at least three of the 13 computers that help manage global computer traffic Tuesday in one of the most significant attacks against the Internet since 2002.

• Dear Lord, You made and control the Universe. It does not surprise You that this illegal interruption of global computer traffic has happened. May those who caused this attack be found and brought to justice and salvation in You! • "God is wise in heart and mighty in strength. Who has hardened himself against Him and prospered?" (Job 9:4 NKJV)

Weeks after accusing President Bush of "shameful" behavior over the imprisonment of two Border Patrol agents who shot and wounded an unarmed Mexican drug smuggler, Rep. Dana Rohrabacher (R-CA), turned up the heat on Wednesday, suggesting the president should be impeached if the two men are killed in prison following an assault on one of the agents.

• May the truth about this drug smuggling case (and a similar one involving a Texas deputy sheriff) be made known, and may justice prevail! • "Though they join forces, the wicked will not go unpunished; but the posterity of the righteous will be delivered." (Proverbs 11:21 NKJV)

A high profile official from Iraq's Assyrian Christian community and former deputy director of Iraqi Airways has been shot and killed by militants near his home, BosNewsLife monitored Thursday, February 8. The Assyrian International News Agency (AINA) said Isaac Esho Alhelani was assassinated in the area of Mekanik last Wednesday, January 31, after he was stopped while driving with his wife. He was "forced out of the car and shot twice before the assassins fled with his" vehicle, AINA said.