"O LORD, see how my enemies persecute me! Have mercy and lift me up from the gates of death, that I may declare Your praises in the gates of the Daughter of Zion and there rejoice in Your salvation." (Psalm 9:13,14)

Prince Saud Al Faisal said that Iran had approached his country to "cooperate in averting strife between Sunnis and Shiites in Iraq and Lebanon".
In an unusual collaboration that could complicate American policy in the region, Iran and Saudi Arabia have been mediating an agreement to end Lebanon's violent political crisis. 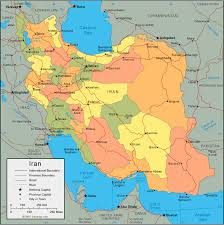 President Bush believes he might have been misunderstood when he started speaking about the need to go after Iran for its involvement in aiding the insurgency in Iraq.

A US Navy strike group led by the assault ship USS Bataan steamed through the Suez Canal on Tuesday on its way to join the buildup of American forces in the Middle East.

4. How the 'axis' seeks the killer missile - Washington Times

Rival Palestinian factions struck a deal for a ceasefire in Gaza early Tuesday morning, aiming to end to the fiercest internal fighting since the Hamas' election victory a year ago, in which at least 30 Palestinians have been killed.
Posted by Capitol Hill Prayer Partners at 11:16 PM