"In his days Judah shall be saved, and Israel shall dwell safely: and this is his name whereby he shall be called, THE LORD OUR RIGHTEOUSNESS." (Jeremiah 23:6)

Hamas members have been flying to Iran and Lebanon for advanced military training with Iranian Revolutionary guard units and Hizbullah militants, according to a senior intelligence official from Palestinian Authority President Mahmoud Abbas' Fatah party.

Israel wants to increase the likelihood of the U.S. deploying emergency missile defense systems within Israeli territory. The heads of the Homa anti-missile project in the Defense Ministry asked the U.S. Department of Defense about two months ago for information on two advanced defense systems being developed in the U.S.

Amid protests from the United States and the European Union, the Defense Ministry is reconsidering its approval of a new Jordan Valley community located over the Green Line, The Jerusalem Post learned on Sunday. 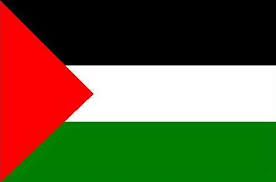 For the first time in the history of the State the flags of Israel and the Palestinian Authority stood side by side at the official Prime Minister's Residence. The red, black, green and white flag of the Palestinian Authority was first seen flying next to the Israeli banner last week. This diplomatic gesture has been a shocking surprise in light of ongoing terrorist violence and Palestinian kassam rocket attacks against Jewish communities in the Negev. (Reported by: Intercessors for America)