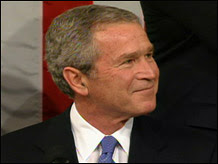 President George W. Bush, seeking to garner support for the key proposals in his State of the Union address this week, urged lawmakers to embrace bipartisanship on energy and health-care overhaul. "To protect America against supply disruptions, I have asked Congress to double the current capacity of the Strategic Petroleum Reserve," Bush said in his weekly radio address on Saturday. "We also must diversify our nation's energy supply, and the way forward is through technology . . . While some members gave a reflexive partisan response, I was encouraged that others welcomed this opportunity to reach across the aisle," Bush said today.

• Pray that God will prevail over man’s will and that only those things that He would have us focus on for this nation’s good will be manifested. Pray that new technology and innovations in alternative fuels be attainable quickly with no partisan division.
• "You have made him to have dominion over the works of Your hands; You have put all things under his feet." (Psalms 8:6)

2. At Least 250 Militants Killed During Battle in Iraq - Fox News 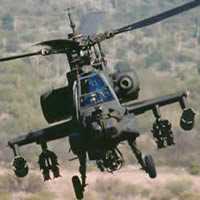 • "The Lord will cause your enemies who rise against you to be defeated before your face; they shall come out against you one way and flee before you seven ways." (Deuteronomy 28:7)

President Bush has authorized an aggressive program aimed at impeding Iran's influence all around the Middle East, including in Iraq, Afghanistan, Lebanon and the Palestinian territories.

There is a storm coming . . .
Iran’s ambassador to Baghdad outlined an ambitious plan on Sunday to greatly expand its economic and military ties with Iraq -- including an Iranian national bank branch in the heart of the capital -- just as the Bush administration has been warning the Iranians to stop meddling in Iraqi affairs.

• Ask our Lord to frustrate the plans of Iran in every wicked thing they plan! Pray for Iran’s leadership to change for the better. • "He frustrates the devices of the crafty, So that their hands cannot carry out their plans. He catches the wise in their own craftiness, And the counsel of the cunning comes quickly upon them." (Job 5:12,13)

The United States has launched an effort to counter Iran's nascent long-range ballistic missile program. Officials said the Defense Department plans to deploy missile defense assets in Eastern Europe that could intercept Iranian intermediate-range missiles fired toward the United States or its European allies. They said the Czech Republic and Poland have been selected to host the missile defense assets amid an expected Iranian threat to Europe over the next few years.

• Pray that the Defense Department will not have any problems in quickly getting these defense missiles in place. Pray that we will never have to use these weapons but that there will be a quick change for the better in the Middle East. • "There are many plans in a man's heart, Nevertheless the Lord's counsel--that will stand." (Proverbs 19:21 )
Posted by Capitol Hill Prayer Partners at 4:36 PM