· We pray that President Bush will have Your vision, Lord, for this nation and that it will be the driving force for making godly decisions concerning our nation. We seek not to please man; but we seek to please You, Lord! Turn our nation back to You! · We are not trying to please men but God, who tests our hearts. (1 Thessalonians 2:4)

2. Immigration Bill Prompts Concern and Outrage All Around - CNSNews.com

Reaction to the "Bush-Kennedy" immigration reform bill is drawing strong condemnation from many conservatives, and part of the anger stems from the fact that it was crafted in secret - and will now be rushed straight to the Senate floor.

· Lord, we pray for Your wisdom to be on the President and everyone over this illegal situation. Direct our leaders to only pass those laws that would be good for our nation and our sovereignty. Push back anything that is not Your will!

· Thus says the Lord of hosts: "Do not listen to the words of the prophets who prophesy to you. They make you worthless; They speak a vision of their own heart, Not from the mouth of the Lord. (Jeremiah 23:16)

A new and relatively obscure federal legal provision is proving invaluable at a local level as authorities grapple with the intersecting problems of illegal immigration, crime and potential terrorism. Police officers, sheriffs, state troopers and other local law enforcement officials who are eager to expel criminal aliens are capitalizing on the measure, known as Section 287g. Administered through the Immigration and Customs Enforcement Agency (ICE) division of the Department of Homeland Security (DHS), the program empowers local officers to operate as federal immigration agents.

· We praise You Lord that You have given us victory in finding other sources of crime and illegal entry; and we pray You will help us build those walls and for a hedge of protection around our nation and everything that pertains to it.

· So we built the wall, and the entire wall was joined together up to half its height, for the people had a mind to work. (Nehemiah 4:6) 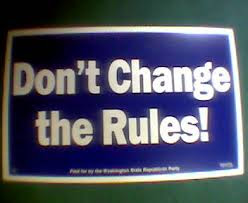 Republicans claimed victory last week in a House rules fight with House Speaker Nancy Pelosi (D-Calif.) over the 185-year-old rule, "Motion to Commit," that allows the minority party to block legislation. Reports suggested Pelosi would alter this rule to deny the minority party the right to send legislation back to committee before the full House is allowed to vote on it. Chief Deputy Republican Whip Eric Cantor of Virginia said in his blog, "House Democrats wanted to change the rules to make it easier to raise taxes. They wanted to change rules on minority floor rights that have been in place since 1822. They failed." News quickly spread over conservative blogs, many of which accused Pelosi of backtracking on a pledge she made before the 2006 election to create a more bipartisan House.

· Gracious Father, we thank You for uncovering established ways to continue the fight for Your Judeo- Christian values in our nation's Congress! We are encouraged and ask that the majority's desire to strike this House rules motion be stopped! · "The Lord executes righteousness and justice for all who are oppressed." (Psalm 103: 6 NKJV) 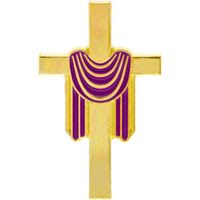 Iraqi police discovered a body floating in the Euphrates River south of Baghdad Wednesday that is believed to be that of a missing U.S. soldier. This discovery in Musayyib, about 40 miles south of Baghdad in Babil Province, came as U.S. troops and Iraqi forces continued their massive search for the three soldiers abducted May 12 in an ambush on their patrol near Mahmoudiya, about 20 miles south of Baghdad. Maj. Gen. William Caldwell, chief U.S. military spokesman in Iraq, told reporters that U.S. authorities took custody of the body but have not determined if it was that of one of three soldiers. Later Wednesday, police in Babil province reported they had discovered two more bodies in the river and suspected they belonged to the other two soldiers. Caldwell only confirmed the discovery of one body.

· We ask You, the Commander of the Host of Heavenly Armies, for wisdom on how to pray for this revelation and for those involved with the identification of these bodies. Please comfort and grant guidance to those dealing with this directly and for those who have missing loved ones who might be identified as one of these bodies! May this war be won for Your Glory and may not one more soldier be killed for this cause! · "If it had not been the Lord who was on our side, when men rose up against us, then they would have swallowed us alive, then the waters would have overwhelmed us, then the swollen waters would have gone over our soul. Our help is in the name of the Lord, who made heaven and earth." (Psalm 124: 3a, 4a,5,8 NKJV)

... click picture view video
Addressing graduates of the U.S. Coast Guard Academy today, President Bush shared declassified intelligence on al-Qaeda to defend his strategy in Iraq and to stress the continued threat of more terror attacks on Americans at home and abroad. Seeking to rally support for the war, President Bush pointed to U.S. intelligence asserting that Osama bin Laden ordered a top lieutenant in early 2005 to form a terrorist unit to hit targets outside Iraq, and that the United States should be first in his sights.

· Dear Heavenly Father, this news encourages and even dares us to think that the reign of terror for Osama bin Laden may be coming to a swift close! Thank You, Lord for level heads in Congress agreeing to Your intervention that there must be funding for our dear troops without a deadline for their pullout! May Iraq, Iran, Syria, Afghanistan and all of Israel's enemies be saved to complete the end of Wahabbi terrorism for Your Glory! · As the Apostle Paul exhorted the Philippians to continue their close walk with Christ despite adversity, so may we be reminded of this too, in these last days. " For many walk, of whom I have told you often, and now tell you even weeping, that they are the enemies of the cross of Christ: whose end is destruction, whose god is their belly, and whose glory is in their shame--who set their mind on earthly things." (Philippians 3: 18-19 NKJV)

President Bush has signed the "National Security and Homeland Security Presidential Directive" granting extraordinary powers to the office of the president in the event of a declared national emergency, apparently without congressional approval or oversight. This establishes under the office of the president a new national continuity coordinator whose job is to make plans for "National Essential Functions" of all federal, state, local, territorial and tribal governments, as well as private sector organizations to continue functioning under the president's directives in the event of a national emergency.

· We thank You, Lord, for the wisdom that You have given Your son, George W. Bush, to plan ahead of naysayers for America to have an orderly strategy to handle national emergencies through the Office of the President. Please let this action glorify You and bring Your security and comfort to our land! · "Let nothing be done through selfish ambition or conceit, but in lowliness of mind let each esteem others better than himself. Let each of you look out not only for his own interests, but also for the interests of others." (Philippians 2: 3-4 NKJV)
Posted by Capitol Hill Prayer Partners at 7:53 PM