Lebanese troops blasted a Palestinian refugee camp with artillery and tank fire again, seeking to destroy a militant group with al-Qaeda ties. The barrage smashed buildings and sent plumes of black smoke towering over the crowded camp on the Mediterranean.

About 135 Muslim extremists who spent more than a decade in Egyptian prisons have been released after signing statements renouncing violence, police officials said Monday. 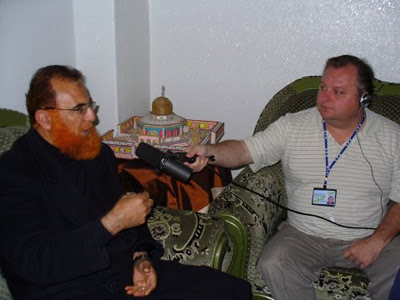 Many Hamas leaders and activists in the Gaza Strip have gone underground for fear of being targeted by Israel, sources close to Hamas said Monday.

As Israel follows through on yesterday's decision to resume targeted assassinations, leaving five dead Monday from Israel Air Force strikes in Gaza, cabinet ministers warned Hamas political leaders that they too could be targeted in efforts to stem the continuing Qassam fire.

Hundreds of Jewish and Christian women met in Jerusalem this week to "promote the status of women based on biblical values."
Posted by Capitol Hill Prayer Partners at 9:05 PM