"Praise waits for You, O God, in Zion : and unto You shall the vow be performed. O You that hears prayer, unto You shall all flesh come." (Psalms 65:1-2)

1. Olmert to Winograd Commission: IDF let itself down - Ynet News 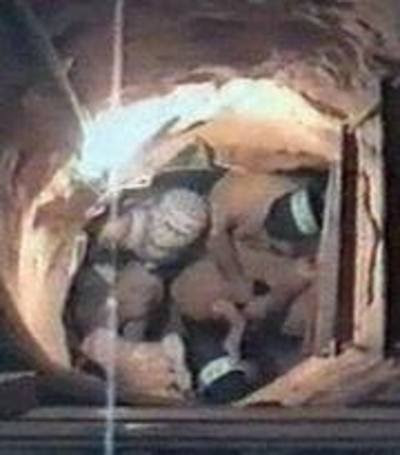 ..Palestinian security personnel preparing to seal a tunnel, used for arms smuggling, during an operation on the border between Egypt and the southern Gaza Strip last week. (Reuters)
Palestinian and Israeli security sources believe there are approximately 15 active tunnels in Rafah in the southern Gaza Strip, between the Palestinian Authority and Egypt. The tunnels are being used by smugglers to move arms, drugs and people, sources say.

A program using a Mickey Mouse-like character to urge Palestinian children to fight Israel and the West and work for world Islamic domination has been pulled off Hamas's television station for "review," Palestinian Information Minister Mustafa Barghouti said Wednesday.

Cautious of the security implications of Palestinians traveling between Gaza and the West Bank, Israeli defense officials expressed opposition yesterday to this part of the American 'benchmarks plan' for Israel and the Palestinian Authority.

In an exceptionally harsh report released today, the World Bank said that Israel's network of physical and administrative barriers in the West Bank exceeds the nation's security needs, and is actually aimed at boosting Jewish settlements at the expense of the Palestinian population.

The deadly attack Monday against a United Nations school in the Gaza Strip was carried out by Islamic terrorists because the international body was "spreading Christian missionary activity," according to a statement faxed to WorldNetDaily.

Former Israeli prime minister and candidate for Labor party chair Ehud Barak said yesterday that Prime Minister Ehud Olmert should "internalize" the conclusions of the Winograd interim report on the Second Lebanon War and pave the way for a new government. If Olmert failed to take the lessons of the report to heart, Barak warned that he would act to bring forward the elections for the eighteenth Knesset.
Posted by Capitol Hill Prayer Partners at 2:09 PM