More than 170 gay couples who were married in Massachusetts last summer are legally considered married because the state of New York had not banned same- sex unions at the time of their ceremonies.

**Lord we ask that Your Holy Spirit bring conviction of sin to all peoples, and governments in our nation. "And when He is come, He will reprove the world of sin, and of righteousness, and of judgment." (John 16:8) 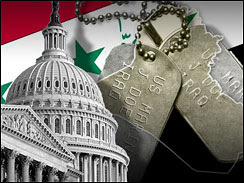 The Senate on Wednesday rejected legislation that would cut off money for combat operations in Iraq after March 31, 2008.

**Lord we offer praise to You for this first step and ask that truth and wisdom be given to our legislators. We pray that full funding for our troops be preserved. "Open ye the gates, that the righteous nation which keepeth the truth may enter in." (Isaiah 26:2)

3. Christians Told to Convert to Islam or Else - CBN News

Christians in a Pakistani town faced a potentially fatal deadline Wednesday. Earlier this month they were told they had to convert to Islam by Thursday or they would be targeted by bombs.

4. Merkel gives up on God in EU treaty - EU Observer 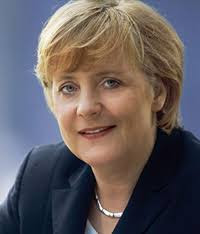 German chancellor and Christian Democrat Angela Merkel has voiced regret there will be no reference to Christian roots in the revised EU treaty, amid controversial remarks about damage to churches in Turkish Cyprus at a meeting of religious VIPs in Brussels.

**Lord we pray that Your Holy Spirit blow as a mighty wind across all of Europe and the Middle East. Soften hearts and show the truth of Your Son. Let the knowledge of You be seen to the far corners of the earth. ". . . for the earth shall be filled with the knowledge of the Lord, as waters cover the sea." (Isaiah 9:11)

One year from now, Iran could possess the means of producing a nuclear bomb - that was the chilling message delivered by Ambassador Dore Gold during an interview with Ynetnews Tuesday.

**Lord Your word proclaims that no weapon formed against Your people will prosper. So we stand in faith that You will remove this threat from the earth. "Thou hast rebuked the heathen, Thou hast destroyed the wicked, Thou hast put out their name forever and ever." (Psalm 9:5)

A high school in the Negev suffered a direct hit by a Qassam rocket Thursday morning. Two students were lightly wounded, and several others suffered from shock.

**Father we ask that in Your great mercy You would protect the people of Israel. Reveal Yourself to them and bring all to the knowledge of Your Son. Restore them, O Lord, to Your Presence. "And the seed of Israel separated themselves from all strangers, and stood and confessed their sins,and the iniquities of their fathers . . . and worshipped the Lord their God." (Nehemiah 9:2-3) 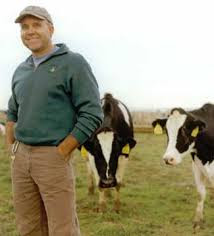 A meat company is recalling 129,000 pounds of beef products in 15 states because of possible E. coli contamination, the U.S. Department of Agriculture said.

**Lord we plead Your precious Blood over the food supply in America. We rebuke every plan of the enemy to harm the people and speak healing and life to everything we eat. "Thou shalt not be afraid . . .for the pestilence that walketh in darkness nor for the destruction that wasteth at noonday. . ." (Psalm 91:6)

Posted by Capitol Hill Prayer Partners at 12:15 AM