A new poll finds Americans aren't ready to go to war with Iran, even in the face of Tehran gaining nuclear power. In a CNN survey conducted by the Opinion Research Corporation, 63 percent of Americans oppose military action against Iran, while only 33 percent support it.

· Pray that Americans will have the courage to do what we must do, but we must have God's will for such a war. Pray for the Lord's guidance and strategies about this war against a regime that clearly opposes the Lord and all His ways and desires to threaten the rest of the world. · "The preparations of the heart in man, and the answer of the tongue, is from the Lord." (Proverbs 16:1)

Iran's president led a raucous anti-American rally on Sunday in this tightly controlled U.S. ally in the Persian Gulf, a day after a low-key visit by Vice President Dick Cheney aimed at countering Tehran's influence in the region.

· If the Iranian president led the rally, it was probably a staged protest with forced or paid attendees, for the Iranians do not approve of the plans of their leaders. We do not fear such a rally. Pray for the Iranian citizens that they may be set free from the captivity of their radical Islamic leaders. · "An ungodly man diggeth up evil: and in his lips there is as a burning fire." (Proverbs 16:27)

An al-Qaida front group announced Sunday it had captured American soldiers in a deadly attack the day before, as thousands of U.S. troops searched insurgent areas south of Baghdad for their three missing comrades. This same group warned the United States on Monday to stop searching for them and suggested it attacked the U.S. convoy as revenge for the rape and murder of a local teenager last year.

· Ask the Lord to reveal to the searchers exactly where the missing soldiers are. Set protective angels around these missing soldiers to prevent any harm to them and to minister hope to the soldiers. What arrogance of the al-Qaida group to warn Americans not to search; therefore, pray for a humbling spirit to overcome their captors. · "To Me belongeth vengance, and recompence; their foot shall slide in due time: for the day of their calamity is at hand, and the things that shall come upon them make haste." (Deuteronomy 32:35)

The trial of suspected Al Qaeda operative Jose Padilla opened yesterday with federal prosecutors arguing that the American citizen and two co-defendants were key players in a terror support cell that provided equipment, money, and Islamist fighters to extremist groups around the world.

· Pray that wisdom and justice rule in the courtroom - for the judge and the jury - as this trial proceeds. Pray for protection for all involved, since jihadists will be seeking an acquittal, possibly even threatening the jury members. Pray over this trial continuously, even though little may be reported in the media. · "Justice and judgment are the habitation of Thy throne; mercy and truth shall go before Thy face." (Psalm 89: 14)

European Union countries will not take part in the celebrations marking the 40-year anniversary of Jerusalem's reunification, EU president Germany said Thursday in a diplomatic letter sent to the Foreign Ministry and the Knesset. US Ambassador to Israel Richard Jones will also not participate in the events. Diplomatic sources told Ynet that the event was not on the ambassador's timetable.

· Pray that the Department of State will reverse its stand and send our ambassador to the events celebrating the Jerusalem's reunification. Bind the cowardly politics that would keep the US from standing strongly with Israel. Pray for courage for Ambassador Jones to attend the celebratory events. We want to please God, not man. · "Pray for the peace of Jerusalem: they shall prosper that love thee." (Psaalm 123:6)

6. Wildfires burn more than 330,000 acres in Florida and Georgia - Sun-Sentinel

· Pray that American leadership understands that our ignoring and our pressuring of Israel bring catastrophe into the USA. What brings peace and prosperity is our standing with Israel, especially in her time of celebration. We need fires in our hearts to bring an end to fires in our land. · "Thy Word is true from the beginning: and every one of Thy righteous judgments endureth for ever." (Psalm 119:160) 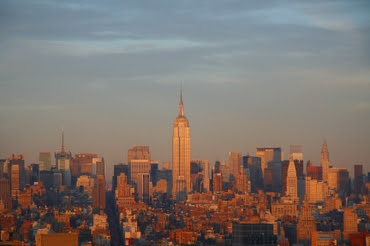 FBI Director Robert Mueller tells NewsMax that Al- Qaeda is anxiously seeking to acquire nuclear weapons and wants to explode such a device in an American city, especially New York and Washington, D.C.

· This news is not new but is significant coming from the Director of the FBI. Pray that Americans - especially as they protest the war in Iraq - will heed this warning afresh. So what if Americans are tired of war; al-Qaeda is not. Speak strength into the spiritual backbone of our citizens. Pray for protection for American cities. · "Wisdom [from the Lord strengtheneth the wise more than ten mighty men which are in the city." (Ecclesiastes 7:19)

Posted by Capitol Hill Prayer Partners at 2:38 AM