At least five Qassam rockets were fired at the western Negev on Friday morning. The rockets landed in open areas near the southern town of Sderot and south of Ashkelon.

Prime Minister Ehud Olmert has no intention of halting Israel's aerial offensive against Palestinian terror groups in the Gaza Strip despite calls by President Mahmoud Abbas for a ceasefire, Olmert aides said Thursday. 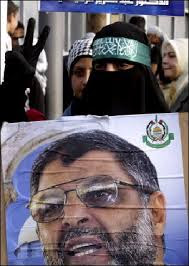 Hamas has threatened revenge for the latest IDF action against the militant group, in which 33 senior Hamas officials were arrested. The arrests come as rockets continue to be fired from Gaza into southern Israel.

"If we act correctly in the next 96 hours we will win the Labor primaries in the first round," former Prime Minister Ehud Barak told hundreds of his supporters in Tel Aviv Thursday evening.

The Jerusalem Open House received a letter from Israeli police Thursday, giving the community center preliminary permission to hold the annual gay pride parade in Jerusalem, this June. Ultra-Orthodox leaders decided on Thursday afternoon to accept the suggested compromise regarding the gay pride parade, and will apparently not protest in Jerusalem on Friday.

Ultra-Orthodox community sources told Ynet of the specific conditions set by the rabbis for holding the parade: The event will take place in a confined space, and the Open House organization will not be permitted to hold any activities outside the complex. In addition, vehicles arriving at the parade venue will not carry provocative signs. The rabbis also demanded that the Open House organization will not ask to hold another parade or similar event this year; haredi leader Rabbi Yitzhak Tuvia Weiss asked police to release the ultra-Orthodox detained during this week's Jerusalem riots.