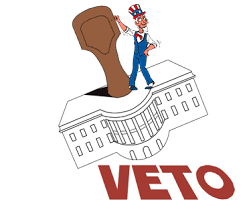 The U.S. House of Representatives passed May 3 a bill to add homosexuals and transgendered individuals to the classes protected under hate crimes laws. President Bush looks likely to veto the "hate crimes" bill under debate in the U.S. House of Representatives that was approved by Congress on Thursday. Conservatives quickly responded by thanking the president for upholding "our nation's constitutional tradition of equal protection under the law."

· Lord, we pray that this nation will once again be a strong Christian nation whose law is the law of the Lord! · Blessed is the nation whose God is the Lord, The people He has chosen as His own inheritance. (Psalms 33:12)

Democratic leaders were warned by President Bush that he would veto any any legislative move geared to dissolve federal policies restricting abortion.

· We thank you Lord that You have given President Bush a heart for the unborn and an understanding that all life is precious! We pray that through Your Holy Spirit, You will continue strengthen him to veto unrighteous laws! · Your eyes saw my substance, being yet unformed. And in Your book they all were written, the days fashioned for me, when as yet there were none of them. How precious also are Your thoughts to me, O God! How great is the sum of them! (Psalms 139:16,17)

Senate Majority Leader Harry Reid announced on Friday he will bypass the normal process and begin debate on an old immigration bill unless President Bush can produce an acceptable alternative by May 14.

· Lord , You have appointed a certain order of authority that we should recognize. We pray that Senate Majority Reid and everyone will understand the importance of getting the right immigration bill that will affect our nation for decades! We ask that Your Grace would surround our leaders as they seek to write this law; and that all would be done in YOUR timing -- not in the timing of man. · "Behold, all those who were incensed against you shall be ashamed and disgraced; They shall be as nothing, And those who strive with you shall perish. You shall seek them and not find them-- Those who contended with you. Those who war against you shall be as nothing, as a nonexistent thing." (Isaiah 41:11,12)

In the heady opening weeks of the 110th Congress, the Democrats' domestic agenda appeared to be flying through the Capitol . . . But now that initial progress has foundered. Not a single priority on the Democrats' agenda has been enacted, and some in the party are growing nervous that the "do nothing" tag they slapped on Repulicans last year could come back to haunt them.

A ray of hope in Greensburg as search continues; residents allowed in for a few hours. The massive tornado, an F-5 with wind estimated at 205 mph, was part of a weekend of violent storms across the Plains that killed at least 10 people, eight of them in Greensburg.

· Lord, through tragedy, You will be with us to comfort us and strengthen us. You said You will not leave us nor forsake us. · "Fear not, for I am with you; Be not dismayed, for I am your God. I will strengthen you, Yes, I will help you, I will uphold you with My righteous right hand." (Isaiah 41:10)

Nicolas Sarkozy, an immigrant's son who had the French presidency in his sights for three decades, won a decisive victory in the election Sunday, keeping the right in power for the next five years. Nicolas Sarkozy, an enthusiastic friend of the United States, was elected president of France by a comfortable margin yesterday and signaled at once that his victory would mean friendly relations with Washington.

· Pray that as the seasons change, this new change will bring good relations with the people of France. And that You, Lord, will give President Bush favor with leaders and peoples of other nations to bring positive changes to the world. · "But let all those rejoice who put their trust in You; Let them ever shout for joy, because You defend them; Let those also who love Your name Be joyful in You. For You, O Lord, will bless the righteous; With favor You will surround him as with a shield." (Psalms 5:11,12) 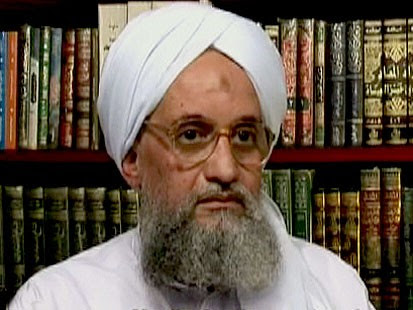 In a new video posted today on the Internet, al Qaeda's number two man, Ayman al Zawahiri, mocks the bill passed by Congress setting a timetable for the pullout of U.S. troops in Iraq.

· Lord, You said that You would be our shield and our refuge in our time of need - so we pray that You will fight the battle against these terrorists who come against us to destroy us! For then we will know we have the victory! Hallelujah! Amen! · "The Lord will cause your enemies who rise against you to be defeated before your face; they shall come out against you one way and flee before you seven ways." (Deuteronomy 28:7)

8. Putin not able to track all nukes - Washington Times

· "For there is nothing hidden which will not be revealed, nor has anything been kept secret but that it should come to light." (Mark 4:22)

Thousands of supports of Israel marched up New York City's Fifth Avenue yesterday in the Salute to Israel Parade, commemorating the 1948 founding of the Jewish state. NY Mayor Michael Bloomberg, accompanied by Jerusalem's Mayor Uri Lupolianski, led marchers waving the Israeli flag and carrying colorful paper torches indicating that Israel is the biblical "light unto the nations." Parade organizers said there were more than 100,000 marchers, and hundreds of spectators lined the parade route.