1. Barak leads, but must face Ayalon in run-off; Peretz could be kingmaker - Israel Insider

Former PM Ehud Barak may have won the battle for the Labor party chairmanship on the strength of non- Jewish voters, beating Ami Ayalon 35.6% to 30.6 percent. But he still must fight the war in two weeks.

IDF aircraft attacked on Monday night struck a Hamas training facility in the northern Gaza town of Beit Hanoun. No injuries were reported.

.. The Israeli High Court of Justice has upheld a decision by Public Security Minister Avi Dichter to ban Muslim burials southeast of the Al-Aqsa Mosque compound.

Police have prevented Muslim burial at the foot of the Temple Mount for several months, as Public Security Minister Avi Dichter responded to pleas to reserve the area as a significant archeological site.

Eleven Qassam rockets were fired at the western Negev since early morning Monday. One man was lightly injured and several others suffered from shock.

5. Aid flows into PLO account after US shift - Ynet News

With US backing, donor funds have started flowing into an account controlled by Palestinian Finance Minister Salam Fayyad to pay partial government salaries, Palestinian and Western officials said on Monday. 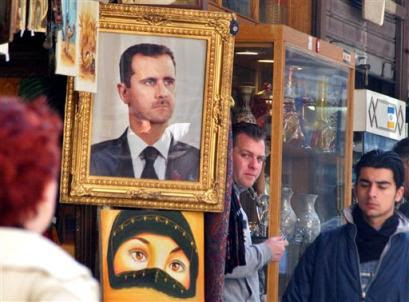 Posters plastered on walls of the capital and songs blaring from cars and loudspeakers proclaimed "We love you" as Syrians voted in a referendum to endorse President Bashar Assad - the only candidate - for a second term.

· As in all dictatorships, the appearance of a republic is a facade, and elections are rigged. Please pray for the people of Syria, as this was the first country after Israel to accept belief in Jesus Christ as Savior when the Apostle Paul met his conversion there. The Christians are repressed and threatened as are all those who do not subscribe to the Baathist regime in this nation. The Syrians need our intercessory prayers. · "And I sought for a man among them, that should make up the hedge, and stand in the gap before me for the land, that I should not destroy it." (Ekeziel 22:30)
Posted by Capitol Hill Prayer Partners at 2:52 AM