The full commission, led by Baker and former Democratic Rep. Lee Hamilton of Indiana, gave a copy of the report to President Bush at 7 a.m. EST. Following the presentation to the president, the group briefed Iraqi Prime Minister Nouri al-Maliki and his team via secure videoconference from the White House. "We're going to give it a careful review," said White House press secretary Tony Snow. "As we have mentioned, there are other ongoing studies within the administration." Tuesday afternoon, the president consulted on Iraq with House Republicans and was due to see House and Senate leaders after Wednesday's briefing by the Iraq Study Group."

• Lord we ask for a fresh wind of Your Spirit over our nation, to break off pacificism and fear. Give us courage, strength and unity to finish the challenges ahead. • "Fear not, nor be dismayed, be strong and of good courage: for thus shall the Lord do to all your enemies against whom ye fight." (Joshua 10:25)

Download ISG
After various leaks to the press, the Iraq Study Group on Wednesday formally released its recommendations on how the United States should proceed in Iraq. The report plugs diplomacy and a shift in the U.S. mission from combat to training.

• Father we bind up defeat and break it from our nation. We declare that the words of men shall not affect the outcome of the people of Iraq. We ask that You lift up Your Name and bring true democracy in that region. • "Behold they shall surely gather toegether, but not by Me: whoseover shall gather together against thee shall fall for thy sake." (Isaiah 54:15)

An influential bipartisan panel presented its recommendations Wednesday on U.S. options in Iraq, but some Israelis worry that the report could have significant and harmful repercussions for their country.

• Intercede for the people of Israel in this hour, as they hear the news of this report. The White House is due to respond later this month; let the Israelis not fear, for the whole picture is not yet seen. • "I will set My glory among the nations; all the nations shall see My judgment which I have executed, and My hand which I have laid upon tnem. So the house of Israel shall know that I am the Lord their God from that day forward." (Ezek 39:21-22)

4. Ahmadinejad: Any EU decision against Iran will be considered hostile - Jerusalem Post

President Mahmoud Ahmadinejad on Tuesday warned Europe against backing proposed UN measures against its nuclear program, saying Iran would respond by downgrading relations with the EU.

• Lord, help us to stand in Your word and in Your strength alone. • " . . . if thou shalt indeed obey his voice and do all that I speak; then I will be an enemy unto thine enemies, and an adversary to thine adversaries." (Ex 23:22)

Six world powers made "substantive progress" but failed to reach an accord Tuesday on a U.N. resolution to punish Iran for defying demands to halt its nuclear program, the French Foreign Ministry said after talks in Paris.

• Father unless the UN hears from You, their labors are in vain. We ask that You intervene in their hearts and minds. • "All nations which You have made shall come and worship before thee, O Lord, and shall glorify thy name." (Psalm 86:11) 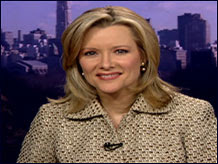 Activity in services accelerated in November, indicating that the economy was able to shake off the effects of a deep housing slump more easily than many economists expected, according to a report from the Institute for Supply Management. On another upbeat note, growth in worker productivity was better than previously reported, growing at a 0.2 percent pace rather than staying flat in the third quarter, according to the Labor Department.

• Lord we humbly ask You to continue protection of our economy against catastrophy. We ask You to touch the housing and motor vehicle industries to renew their strength, as well as all other economic foundations. Let Your mercy over us be our strength. • "I have set you as an assayer and a fortress among my people, that you may know and test their way. . ." (Jeremiah 6:27)

• Pray for the protection of all who will attend tomorrow's Christmas Pageant of Peace. • "No weapon forged against you will prosper." (Is. 54:17)