"Nevertheless, I will bring health and healing to it; I will heal My people and will let them enjoy abundant peace and security. I will bring Judah and Israel back from captivity and will rebuild them as they were before." (Jeremiah 33:6-7) 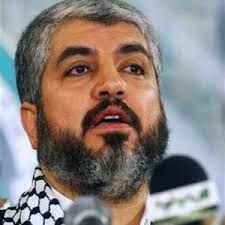 Hamas can direct an intifada even if it sits in power, Hamas leader-in-exile Khaled Mashaal cautioned on Tuesday, adding that that the hudna (calm), like violence, was a Palestinian tactic in the conflict with Israel.

Israel needs a guarantee it will be able to maintain its character as a Jewish state, Italian Prime Minister Romano Prodi has said in a statement pregnant with diplomatic significance since it implies acceptance of Israel's rejection of Palestinian demands for a "right of return" for refugees and their descendants.

Hamas leader-in-exile Khaled Meshal warned Tuesday that his terror group could remain in power and direct a renewed intifada against Israel, adding said that like violence, the current "ceasefire" with Israel is only a positioning tactic and not a long-term agreement.

The United Nations is going to ask donor countries Thursday to contribute a record-breaking $450 million in aid to Palestinians, whose Hamas leaders - unwilling to reject terrorism and recognize Israel - have kept the Palestinian Authority under international economic sanction since taking power in January. 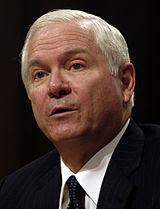 US Defense Secretary Designate Robert Gates, nominated to replace Donald Rumsfeld, said Tuesday that Iran was trying to acquire nuclear weapons and that its leaders were in fact lying when they said that Tehran's nuclear program is intended for civilian purposes. Gates added that he did not think Iran would attack Israel if it acquired nuclear weapons because "the risks for Iran are enormously high," but added that the US could not assure Israel that Iran would not stage a nuclear attack.